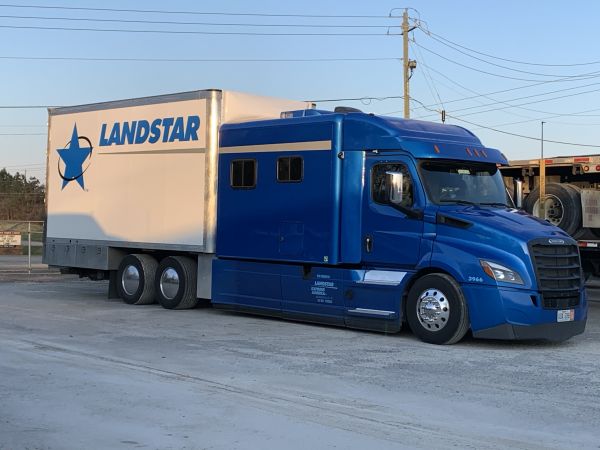 We have been interested in solar power for a long time. Our second truck had a solar panel on it, but it wasn't quite enough to do what we needed. The panel we had was 100 watts, that isn't much power when you think about it — keeping the batteries charged while off duty was about the panels limit.

We are on truck number four (T4), and I think we have got it right this time. A little back story, when we started the build on T4, we wanted to be as efficient as we could get, low idle time, low generator run time while on a layover. We needed to understand how much power we consumed with each appliance, laptop, phone, and anything else that used power, 120V, or 12V. After reading many owner's manuals, it was determined we COULD consume about 3000 watts. That 3000 watts are if EVERYTHING is on at full power all at the same time, that should never happen.

I knew the four factory batteries would not handle that kind of draw, and I wanted the sleeper to be independent of the truck as far as power supply. I looked into batteries and chose Northstar NSB-AGM31, pure lead with good spec's and a good warranty (that I hope I don't have to use). We installed eight of the Northstars to run the sleeper and had four installed from the factory, so they are all the same level while charging. There is a battery isolator that separates the four truck batteries from the eight sleeper batteries while the truck is not running but does connect the two banks while the truck is running, charging with a 300 amp alternator.

We knew that not having a generator wasn't an option. We needed a backup to the battery bank. We also went with a Zantrex power inverter so the A/C could run off of the batteries with solar support. Here we are now, eight Northstar batteries powering the Zantrex inverter that will run everything we need to run, including the rooftop A/C, all appliances, chargers, and lights.

The solar panels (3) are from Merlin Solar using a Morning Star charge controller for regulating the power created. Each of the panels is 330 watts, for a total of 990 watts, almost 1 kilowatt, now that's a lot of power, all from a free renewable source. We were working with Toby Tuckley, Bergstrom Solar Energy Systems. Toby helped us decide how many panels we would need and helped with the install.

I traveled to Rockford, Il, to meet Toby and install the system at Bergstrom's world headquarters. The system consisted of the Merlin panels, a Morningstar charge controller and monitor, a circuit breaker, wiring, and connectors. The panels are self-adhesive, so the roof of the cargo body was cleaned with rubbing alcohol to ensure adhesion. Each of the panels is fairly large, approximately 4' X 6', and they were placed so that the wiring from each could be connected without crossing any of the panels surfaces. All wiring was then sealed and covered.

In all of our past trucks if the microwave was turned on, even for 30 seconds, we would need to start the generator. Now we can run the microwave, the Insta-pot, and the air fryer all at the same time without the generator running. It was a nice sunny day, but that is still a lot of power from the sun. During the day while sitting, the batteries are maintained at 13.6 volts, which is impressive no matter how much power we are using.

The Northstar batteries are keeping us powered overnight now rather than the generator starting for low voltage during the night. We are still using the generator to run the roof A/C at night, and for now, during the day, but this spring I will change some wires to run the A/C off of the inverter, that will be the ultimate test of the panels and the inverter. I can't wait to run fuel-free A/C.

The solar panels are mostly maintenance-free. Obviously, they need to be kept clean, but they are coated with a material that is self-cleaning somewhat, rain, and the rinse at the truck wash will keep them working without you getting on top of your truck.

If you own your trailer or are in a straight truck several panels will keep you powered, but there is an option for a tractor roof panel that will help with smaller loads and maintaining battery loads without idling.

Bergstrom has idle-free options for almost any need, heating, and cooling. You can contact Toby at [email protected] or his direct line is 815-873-4422. Give him a call to discuss an option that will fit your needs.

PS we have had the system for almost four months, and it is funny how quickly we have adjusted. In previous trucks, as soon as we stopped and changed our logs, we would set the generator to auto start. During the day, I cook and act as I would at home and do not think of the generator. It is amazing to watch as I cook something, and the voltage drops a little and immediately goes back to full charge. If this continues, we will have a generator with very little hours. These panels are really amazing, and I cannot wait till Bob gets everything hooked up to the solar.

Blogs - Our Life on the Road

EXPEDITER CUSTOM TRUCK BUILD | Why It Takes So Long

A lot goes into designing & building a custom expediter truck. It can be a lengthily process. From start to finish our n...

We have seen the Cloud!

The Cloud was not what I was expecting – it is not fluffy and white...

In 2019 the number one Commercial Auto Insurance question asked by new Owner Operators and Motor Carriers was…...

Coming mid-September: the latest in fuel efficiency by Dave Schaller....

Ever notice when some flibbertigibbet is so full of malarkey and the kerfuffle that this persnickety dingleberry brings ...

Ideas for Advancing Your Career Through Training