For our fifth year in a row, we got to run support loads for State Farm Insurance.  They have two warehouses one located in Illinois and in South Carolina.  State Farm in the devastation area will lease a parking lot and setup a tent.  We do not bring the tent in but we carry the supplies to support the personnel such as bottled water, computer printers and laptops, paper, tables, chairs, communication equipment, signage, etc.  It can just be anything that you would need in an office but in a parking lot.

We just finished up running back and forth to five sites in Florida for seventeen days from the two warehouses.  Prior to the storm making land fall State Farm with stage items this year it was in Birmingham, AL a hotel ballroom.  The items here are mostly a “kit” they have already put together that they give to agents and adjusters into the field.  This “kit” contains a laptop, hotspot, paper, pens, etc just like a small office on the move.

None of the sites we go into will not have a dock or forklift.  Our trucks become the dock and we use our liftgates and pallet jacks.  We do what is called inside delivery where we roll the pallets to the location each site wants them. 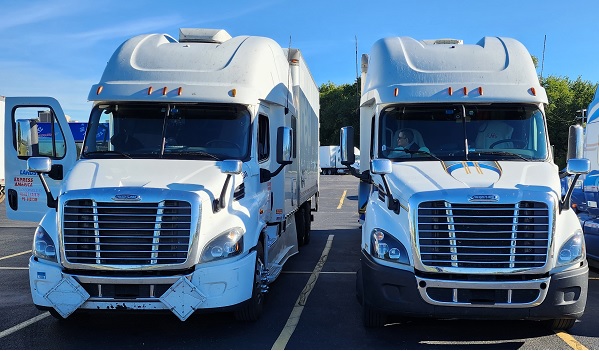 Two of the four Straight Trucks that were running loads to support State Farm. 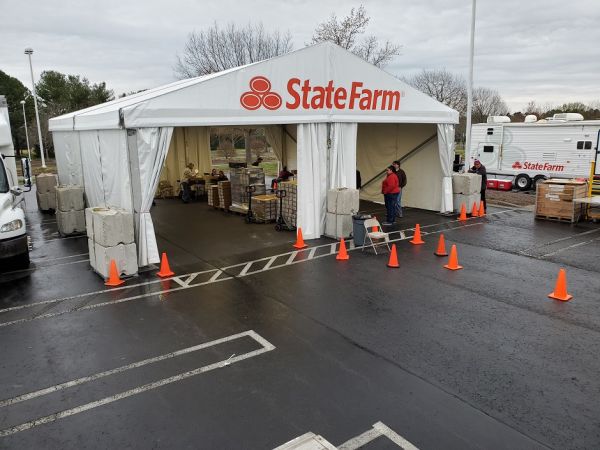 Example of what one of the State Farm tents look like.

We got to deliver to Birmingham, AL a hotel and three of the tent sites.  The three sites were Orlando, Port Charlette and Naples.  The main route in was interstate 75 and south of Tampa in the morning there was a 35-mile backup and reverse that in the afternoon/evening.  North of Fort Myers was where we saw wind damage. 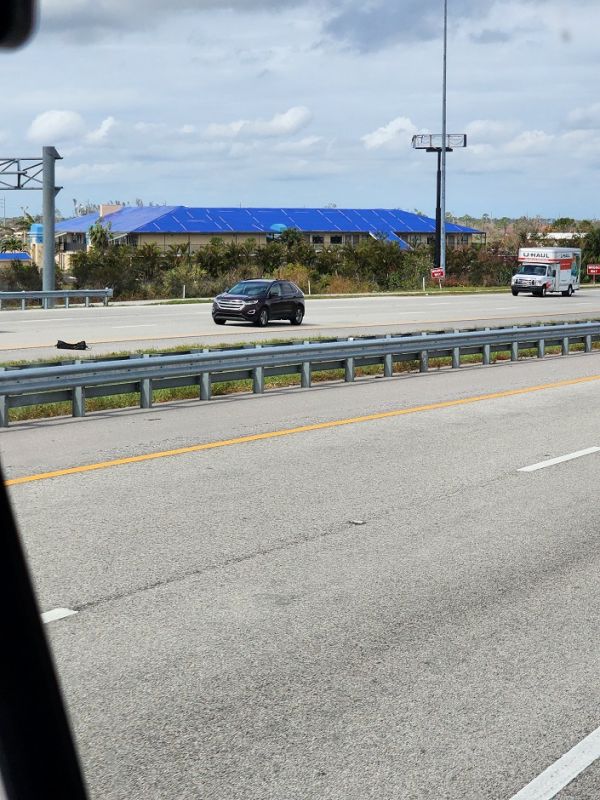 A hotel in Port Charlotte that was totally tarped/plastic covered. 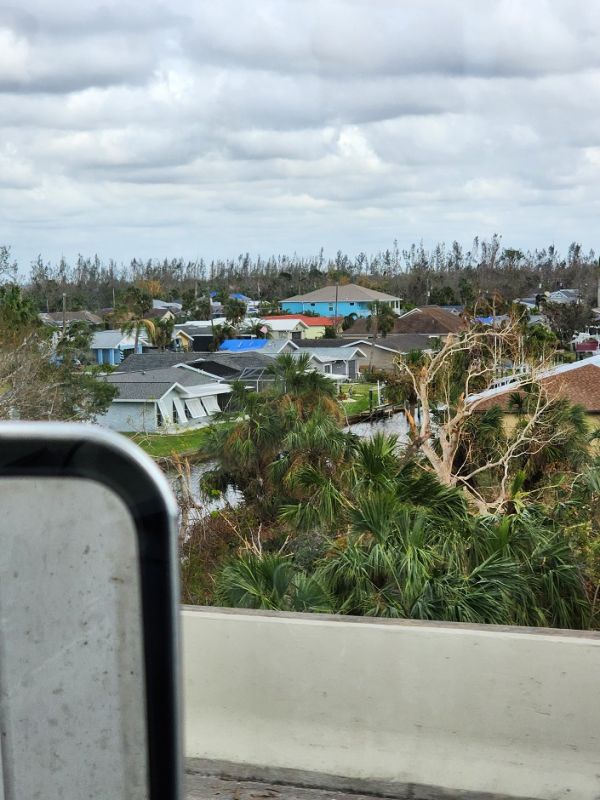 Houses in Port Charlotte that have been tarped and also wind damage. 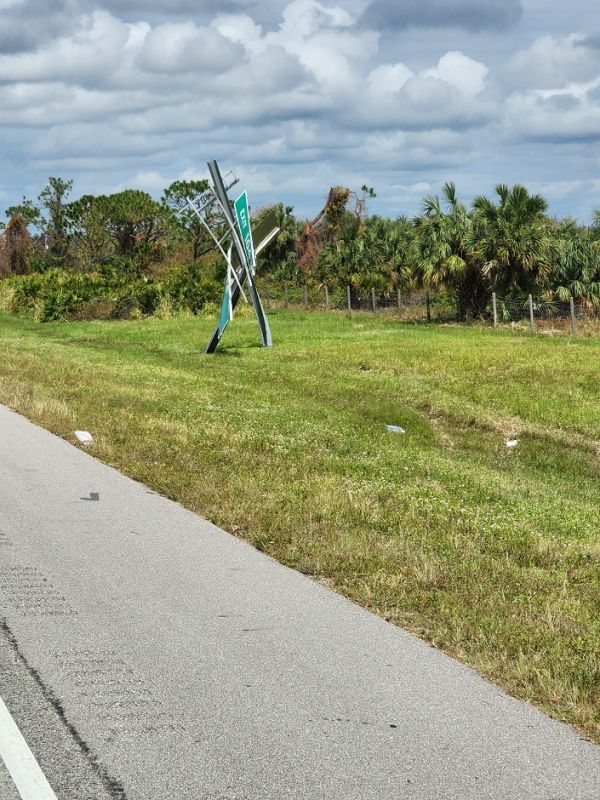 One of many twisted interstate road signs.  A lot of them were just broken off at the ground or just gone. 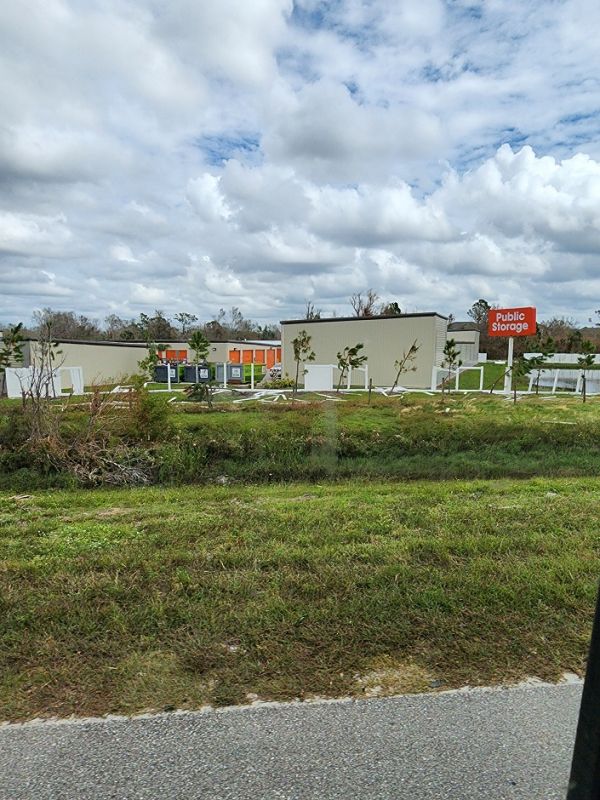 A decorative fence around a storage location just blown over.

South of Fort Myers was flood damage and there was nothing to see when we went in since the water had disappeared in Naples.

Law enforcement took over the Charlotte County weight stations on I75 to use as a staging location.  They had fuel trucks on site to keep the vehicles running.  Also, they brought in camper trailers to sleep in.  The weight stations were closed and not used for weight trucks or doing inspections. 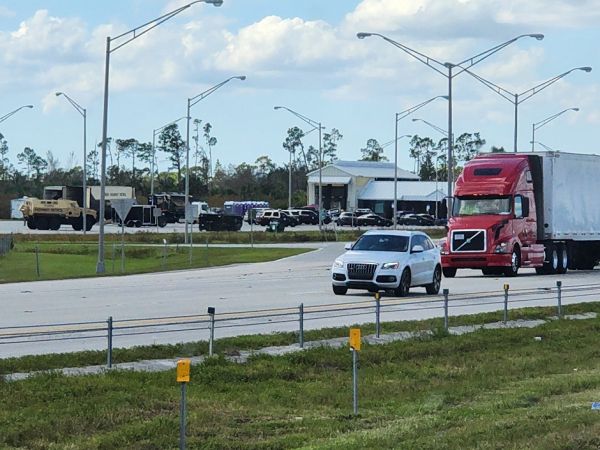 Blogs - State of the Industry

We’re three episodes, and counting, into the “State of the Industry Podcast, with John Elliott” but the fourth ins...

Most everyone thinks you have to stay hydrated in warm or hot weather.  Well guess what?  Everyone needs to keep hydra...

The End Is Near

We have almost reached the end. It is very near. Soon it will all be over but the crying. Well, hopefully there will not...

Why Do I Need a Trucking Lawyer for My Insurance Claim?

Insurance law can be complex. While you wouldn’t want your lawyer backing up your big rig to a warehouse, do you want ...

Well it's been years in the making, but Progressive has finally launched an impressive Small Fleet Truck Insurance Progr...

Are You Ready? Do You Have Questions? Now that Thanksgiving is in our side-view mirrors, the countdown to the end of the...