Where Did My Money Go?

Makes the world go around?

Is the root of all evil?

Whatever your opinion of it, chances are you like to have as much of it as you can get. What you do with it is up to you.

Where did my money go? Many have pondered this question as they have searched for a few more dollars at one time or another. Have you ever wondered where your money literally went? U.S. currency travels more than most people think. 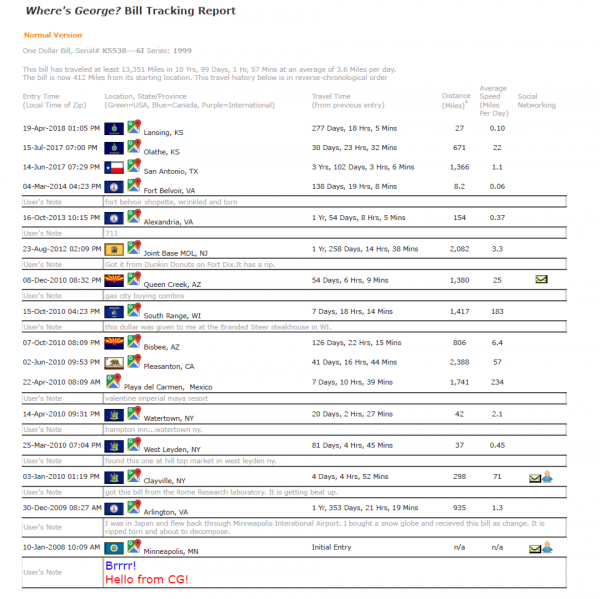 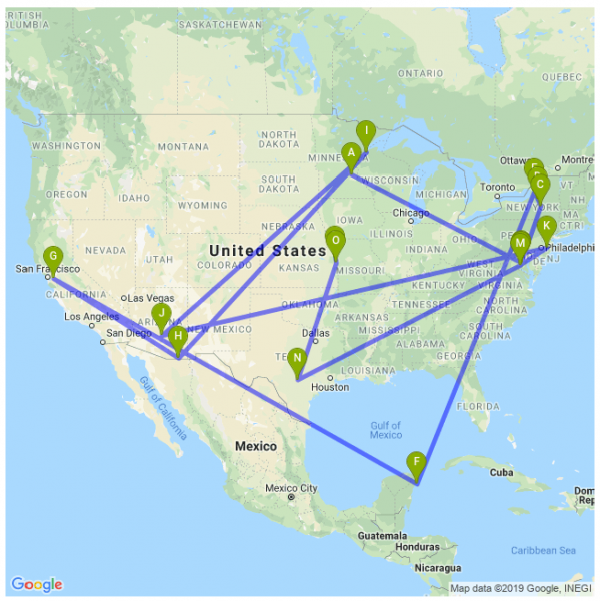 This is just the travels of ONE $1 bill over time, and this is just from those who made the effort to enter the bill at the WheresGeorge.com website. Imagine all the other places it went without mention, on second thought, do not try to imagine that, you may never want to handle money again.

There are about 2.4 billion $1 bills printed each year, more than any other denomination. The second most printed bill each year is the $20 bill at 1.9 billion and the $100 bill is third at 1.5 billion. The rest are only in the millions each. The $5 bill at 819 million, the $10 bill at 480 million, the $50 bill at 224 million and the lowly $2 bill at just 179 million per year. There is more than $1.4 trillion worth of U.S. currency in circulation. That is a lot of money in circulation, changing hands and traveling around the globe. Because of all this traveling, money can also be one of the dirtiest things you might handle each day. Various studies over the years have found just about any and everything on our money. Bacteria, yeast, mold, drugs and fungi are known to be present on much of our currency in circulation. A 2010 analysis by Australian researchers looked at the actual number of bacteria per square centimeter on various banknotes and found that a U.S. note contains 10 such microbes per square centimeter. That gives new meaning to dirty money.

So where did your money go? As you can see above, it goes everywhere and gets into all sorts of things along the way.

Maybe instead of wondering “where did my money go?”, we should wonder what did it bring back to me?

Recently a pickup pulling a trailer about took the front of our truck off, and I honked at him....