How much is enough?

How much is enough? When do we say we have done all that we can do to protect you from yourself? When do you take on the responsibility of adulthood? Has the majority of our country developed A.D.D. when driving a vehicle?

If you travel a lot, you will see many things across this great country of ours. Driving for a living allows you to see the many different ways that states, counties, cities and towns try to keep motorists safe on our roadways.

One such instance is railroad crossings. While you can run across many crossings with just the sign, these are generally only on less travelled roads. Most crossings will at least have flashing red lights. Others may have flashing lights, bells and gates, along with the all too familiar crossbucks. There are even railroad crossing pavement markings. Some have yield signs, others have stop signs. With all the markings for railroad crossings, you would think anyone driving a vehicle today could spot at least one of these warning devices. Recently, I spotted a new one. As I waited for the train to pass, I began to wonder, If someone didn’t see all the other warning devices, why would this new one make a difference? Perhaps, the fact that it is a new form of warning device, it may get noticed...for a while.

How much more can be done to warn motorists of a railroad crossing?

The funny thing that I have noticed about trains and railroad crossings over my many years of driving, is that they don’t tend to sneak up on you. They generally give plenty of warning that they will be crossing a roadway. Also, trains can usually only be found on railroad tracks, they don’t run out of the woods like an elk or deer. They don’t chase a ball into the street like a child. They don’t even merge onto the highway without looking. I’ve never seen a train pass me on the shoulder of the interstate. Yep, I am absolutely sure that I have only seen them travelling on railroad tracks. A good rule of thumb is, where there are railroad tracks, there very likely could be a train. Pay attention people. There are plenty of warning devices where railroad tracks cross public roadways.

Some of you may be wondering about the new warning device mentioned above. Did you see it in the picture above?

How about a closer look? 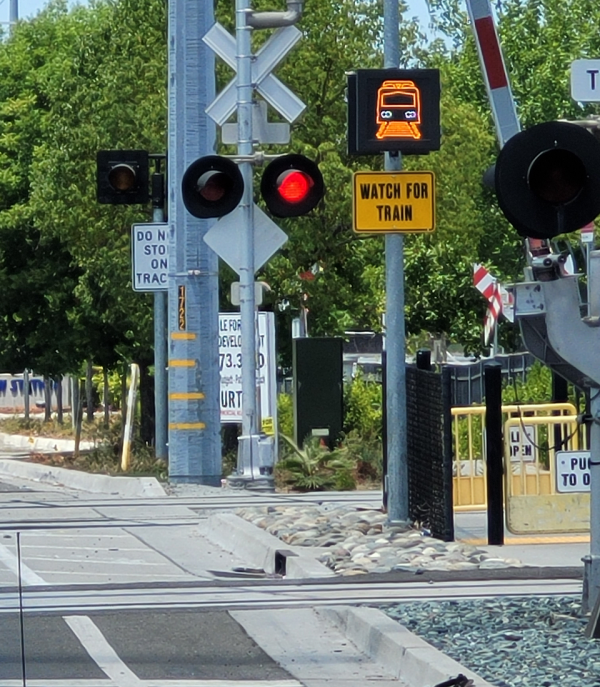 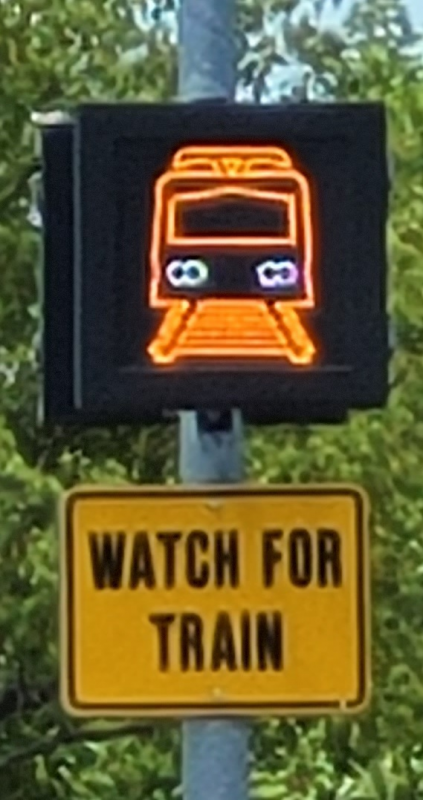 around railroad crossings? Hopefully it will.

Here are 10 Quick Tips to Lower Your Trucking Insurance Premium:...

An Excerpt from Expedite Expo’s 2022 Workshop: How to Keep Insurance Costs Down and Best Protect Your Business

When Kelsea was 20, she had no thought of being a lawyer, or representing truckers for a living. ...

I received some feedback on a previous blog, Fuel and Fuel Taxes, asking for more in depth details about how IFTA (Inter...