While being forced to shut down in New Mexico I posted on Facebook the mile marker, where and what interstate was shut down.  In no time another driver who was in Texas posted road conditions for Texas. He also posted that they were going west and would be coming into the area I was in little later.

While waiting I went out to some of the popular websites that have a lot of activity such as the Women in Trucking Association, Inc. on Facebook and saw numerous updates on road conditions and closures across the United States.

While looking around I saw links to articles about laws that are changing that affect our trucking business, I saw links to articles about saving fuel, and what to do if stopped by the DOT and the information provided did not stop there.  Easily found are posts on how to take a dog with you in the truck, how to cook in the truck and ideas for newbies about how to become a driver.

Truckers used the CB to talk to other drivers close to them.  More often now drivers use the phone to connect with friends and family.  The phone is used to talk to people we know and have a friendship with.  Having the phone instead of the CB can cause us to not meet a new and interesting person that could become a life long friend.

The CB used to be used for directions and now we have a GPS on the dash to get us to a customers address.  The GPS is used to locate grocery stores, rest areas, truck repair shops, and a variety of other items needed each day in the life of a commercial truck driver.   GPS is also an aid to calculate when we will arrive at our destination.

Facebook and CB's are used to meet and make new friends.   Using Facebook, we have been able to meet with friends in various areas of the country.   Some of these people we have met in person and others we have only met through Facebook. What I like about meeting people that we have been friends with on Facebook is that we know each others history and we have a lot to talk about.  We already have a history and know a little about each other before we meet face to face.

What Facebook cannot replace is a driver warning you of something happening with our truck or a road hazard up ahead.   Due to many "warnings" of sparks under our truck, we now zip tie our OnSpot Automatic Chains up so they do not touch the ground.  We can still push the button on the dash and activate the chains easily. For some reason, drivers would see the hazmat Explosives Signs on our truck and then see the sparks and they would get nervous....

Over time and the misuse of the CB we have finally left it out of our current truck.  Our use of the CB was very limited and the CB never worked well as we didn’t spend the money to have it tuned.  Do we miss it?  Yes, especially when we see a truck with a obvious defect and then I remember all of the times I tried to use the CB to warn another driver… not once in many years would the other driver have their CB on to hear my warning.

So it is out with the CB and on to Facebook for our information. 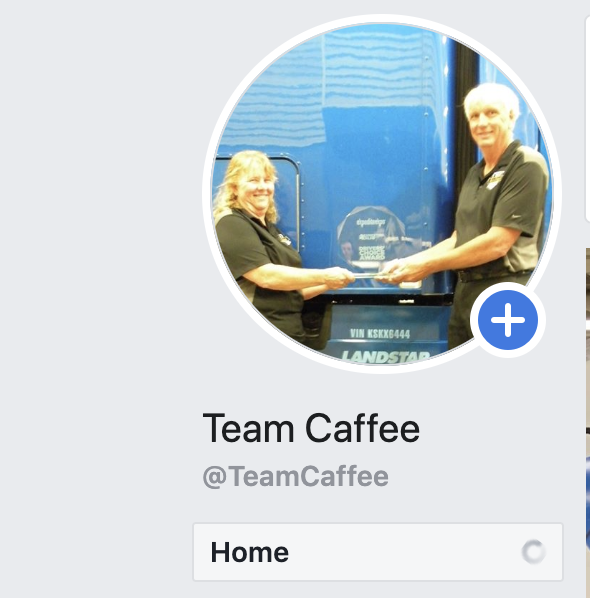