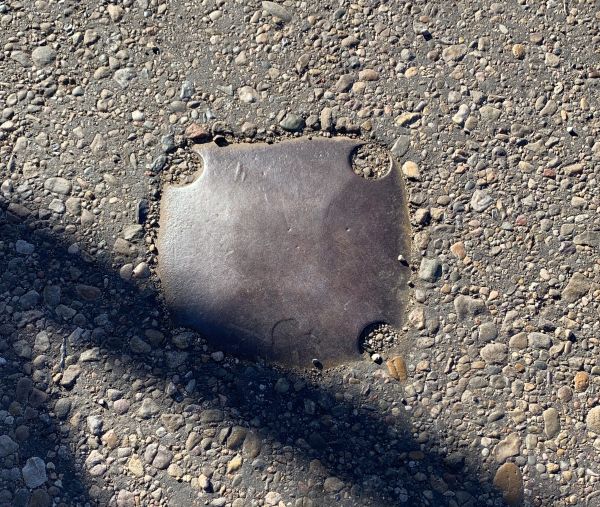 Years ago, when we started, the internet was not what it is now. We paid for a dial-up subscription that we could use at the truck stops. Many of the restaurants had phones at each table, and some were fancy, and they not only had a phone, but they also had a phone jack for the internet. You can only imagine the excitement that I felt when I knew I would be able to use the internet.

Usually, when we sat at a table, I plugged in the computer and then waited, waited some more, and then finally like watching cold molasses drip, I would start seeing emails come into my inbox. The internet was my primary communication with family and friends, and I would linger over the emails after I read them, and then I would reply with what was going on in our lives.

Then one day, these yellow pods started showing up in truck stop parking lots my excitement knew no bounds as I could have the internet inside the truck! At this time, we used the truck stop directory to find places to park, and the first thing I would look for was the symbol for Park ‘N’ View. Once parked, Bob would get out and take the cables back to the yellow pod and plug us in. There could be four trucks at a time plugged into one pod. You can only imagine the anguish I felt if the pod did not work, and there were no other parking spots available.

I do not remember the year, but I remember that sick feeling when we walked into the TA in Santa Rosa, NM, to purchase more time on Park ‘N View, and the machine was gone.  When we asked a worker, we were told someone came in and took the machine, and Park ‘N View was no more. I was devastated by the news, and seeing the remainder of this pod brought back all of the memories.

Those times were hard as we often had to stand in line waiting for a payphone to open up so we could call family. Some of the truck stops had telephone rooms that had what looked like small desks where we could call, or they had telephone booths that we would both cram into so that we could both hear what the person we were calling had to say.

Now every morning our girls call me on the way to work and we have lovely chats. The absolute best though, is being able to facetime with our granddaughter. Having internet at our fingertips, being able to talk daily, and using facetime keeps us in the loop with our families.

Park ‘N View was awesome till the day they turned off the switch.

Blogs - Our Life on the Road

If you love bacon & cheese you will love this! This is an easy low carb treat you can make in an air fryer....

Is this going to be another year of doing the same thing and hoping for a different outcome?...

In 2019 the number one Commercial Auto Insurance question asked by new Owner Operators and Motor Carriers was…...

Coming mid-September: the latest in fuel efficiency by Dave Schaller....

The Good, The Bad and The Chicago

I've been to Chicago many times over the years. ...

Ideas for Advancing Your Career Through Training