skyraider said:
In court rooms you get law, but not necessarily justice......
Click to expand...

And at a barbershop you're unlikely to find either.

Unless the barber or someone getting their hair cut is a lawyer that is.

skyraider said:
In court rooms you get law, but not necessarily justice......
Click to expand...

I once worked as a staff person (not a corrections officer) in a prison. When I read your post, my first thought was about the many inmates who would wholeheartedly agree with your statement. Many of them feel their convictions and/or sentences are unjust. Many of them feel the judges and juries should have listened to their mothers and others who testified "he's a good kid" or words to that effect.

The problem with that is they actually committed crimes and when charged it's not up to them to determine what is just and unjust. That falls to the judges and juries who make those decisions. The victims are often given a say in the sentencing too.
Last edited: Jan 27, 2022
Reactions: RLENT and Ragman

Retired Expediter
Offline
A new development regarding the fake electors:

"... the committee seeks information involving the “planning and coordination of efforts to send false slates of electors to the National Archives.”

It's getting more and more real for those who signed their names to the documents in question. These people have no executive privilege. Few if any are big names. Trump is unlikely to help them. Their respective state Republican parties may help them, or not. They will be served with subpoenas soon.

How would you respond if you were in their shoes? It's one thing to be part of a news story or busy chatting things up on social media. It's something quite different to be at work or at home alone when a subpoena with your name on it arrives in the mail or is hand-delivered by a process server.

But the real answer is I'd never be in those people's shoes; because I'm not stupid enough or partisan-blind enough to get duped by a campaign committee into committing election fraud. 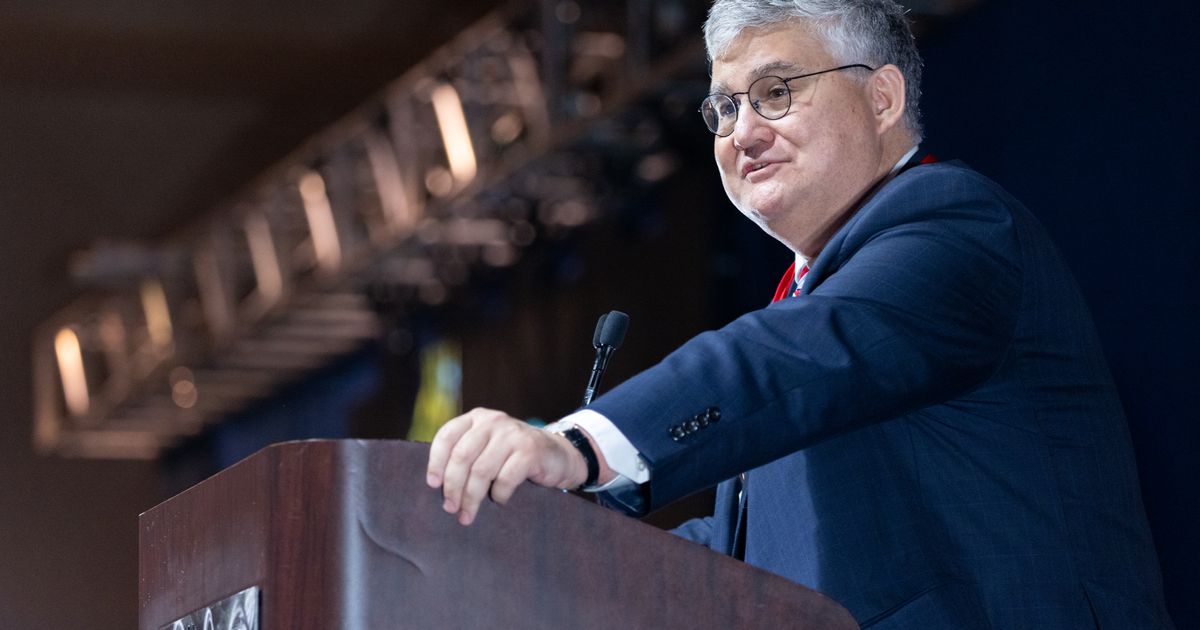 Offline
They might need those “fake” electors after all . 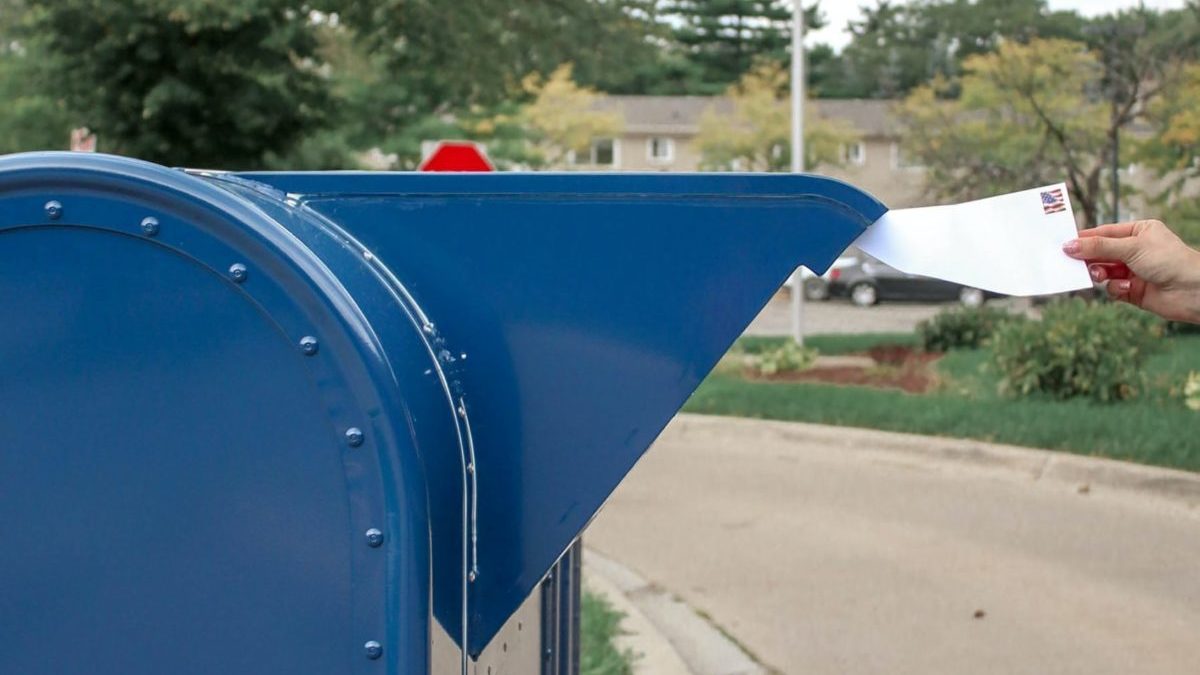 Several state courts issued major election integrity rulings that could have a profound effect in swing states ahead of the 2022 midterms.

There isn't any legal mechanism under the Constitution or otherwise to overturn the outcome of the election at this point as it was determined to be on Jan 6th.

So the fake electors are moot ... unless there is something about what they did that opens them up to prosecution.

He hasn't even cleared the hurdle of winning the coming appeal to the Pennsylvania Supreme Court yet.

I never would have imagined ...

Posting unrelated links and animated emojis does not change the facts revealed in videos produced by the fake electors, forged documents submitted by the fake electors, the six-step Eastman memo that details the illegal intent and plan, and the statement by at least one fake elector that Giuliani and others on the Trump campaign committee coordinated the operation.
Reactions: RLENT, Ragman and muttly

The Trumpets would just love that...
Reactions: RLENT

I never would have imagined ...

The Dems are going keep chasing this turkey of an issue down a rabbit hole. It’s one of the reasons they’re so unpopular right now. OUT OF TOUCH.
Reactions: RLENT

Offline
The PA. appellate court has spoken: It was unconstitutional.
Victory for the side of people who believe in the PA. constitution.

Retired Expediter
Offline
This Wisconsin fake elector, Andrew Hitt, offers this in response to the subpoena he received:

"I absolutely will cooperate with the committee's request to provide information," Hitt said. "As I said in the past, the Wisconsin Electors were simply following the guidance of Wisconsin legal counsel to preserve the ongoing Wisconsin legal strategy. There was no intent beyond that and I’m happy to participate in this process to clarify any confusion that may exist."

He is correct that confusion exists, but he does not seem to realize he is the one confused. Or, he's not confused at all, and he's making the intent defense because he has no other defense to offer.

Hitt is voicing the "intent" defense, which we will likely hear more of as these cases further develop. Intent is a legitimate defense in many cases. But in this case, I think it will be undermined by the written, 6-step plan these people followed which explicity describes the intent of the illegal acts. Some of the fake electors may be able to convince prosecutors, judges, and/or juries that they did not know of the plan and their seemingly innocent intent should be considered. We'll see if that works as the cases proceed.

But, clearly, a plan existed and the bad intent of those who directed it is out there for all to see. I'm pretty sure charges will be filed against some of of these people, if not all of the plan directors and the fake electors. The exceptions will be the NM and PA fake electors where they identified themselves as alternates in the event of a contingency that never developed. The fact that the PA and NM people used this hedge indicates they knew it would be illegal to hold themselves out as the real electors. Smart move on their part. The others were less smart. 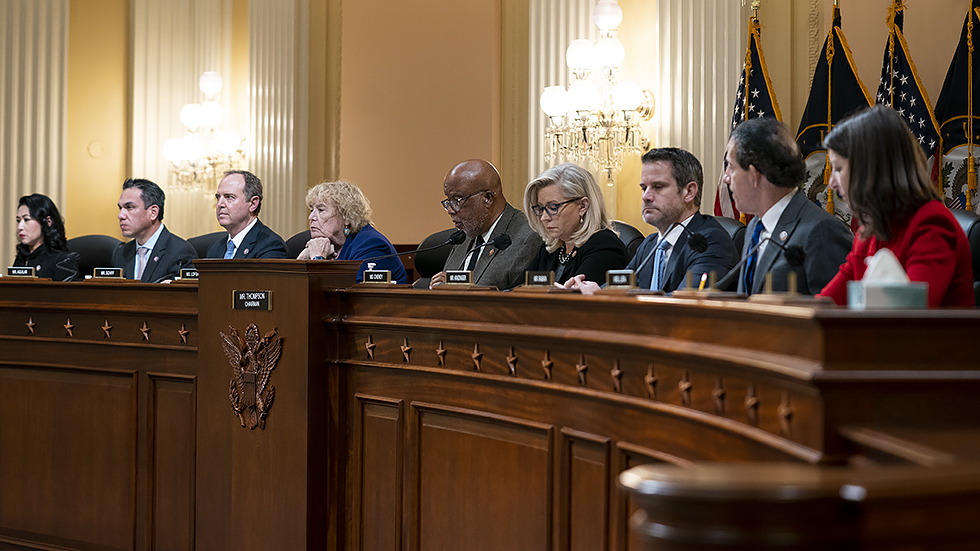 A former chairman of Wisconsin state’s Republican Party signaled that he will be complying with a subpoena he received from the House select committee investigating the events around the Jan. 6, 20…

muttly said:
The Dems are going keep chasing this turkey of an issue down a rabbit hole. It’s one of the reasons they’re so unpopular right now. OUT OF TOUCH.
Click to expand...

muttly said:
The PA. appellate court has spoken: It was unconstitutional.
Click to expand...

Too bad they don't have the last word on the matter ...


muttly said:
Victory for the side of people who believe in the PA. constitution.
Click to expand...

But apparently not the US Constitution.

Please learn to comprehend when reading something.

Over 9 out of 10 Democrats believe Jan 6th should be investigated.

As compared to less than 1 in 3 Republicans.

That's probably because the majority of Republicans now hate America and may well be more loyal to Vladimir Putin than their own country.

Sad, but it's what happens when one consumes a steady diet of poison.

RLENT said:
Too bad they don't have the last word on the matter ...

But apparently not the US Constitution.

Oh I’m sure the Dems on the Pa. supreme will twist themselves into pretzels to rationalize their decision. It won’t be in following the Pa. Constitution on the matter though, because it is cut and dry: The people have to decide, not the legislature.
Reactions: RLENT

muttly said:
Oh I’m sure the Dems on the Pa. supreme will twist themselves into pretzels to rationalize their decision.
Click to expand...

Oh I doubt that they'll have to do that.


muttly said:
It won’t be in following the Pa. Constitution on the matter though, because it is cut and dry: The people have to decide, not the legislature.
Click to expand...

Might not be quite as "cut and dry" as you seen to think:

What did the dissenting judges say?​

Two Commonwealth Court judges elected as Democrats, Michael Wojcik and Ellen Ceisler, wrote in their dissent that the majority is wrongly lumping in no-excuse mail voting with the language in the constitution allowing absentee voting.
Click to expand...

The two pointed to another section of the constitution that empowers the legislature to “provide for another means by which an elector may cast a ballot,” such as Act 77.

That section states: “All elections by the citizens shall be by ballot or by such other method as may be prescribed by law.” (The emphasis was added by the judges.)

“Thus, the General Assembly is constitutionally empowered to enact Act 77 to provide for qualified and registered electors present in their municipality of residence on an election day to vote by no-excuse mail-in ballot,” Wojcik wrote in the opinion.
Click to expand...

A court just struck down Pennsylvania’s mail voting law. Here’s what you need to know

Seems like another three Republican judges have been caught, yet again acting in bad faith, to make it harder - unnecessarily harder - for qualified citizens to cast their ballots and vote.
Reactions: Ragman

I was speaking specifically about the alternate electors issue. Not the Jan6 “investigation”. (The Dems stupidly forging ahead trying to put people in jail for years for having alternate electors ready in case the courts ruled in their favor. It’s just incredibly dumb to pursue this.)
There are also many republicans that want an investigate too. Like security breakdowns involving Pelosi, the number of informants and how much they instigated the riots along with the fake Trump supporters that dressed up like ones and caused problems. And a thorough investigation into the killing of the unarmed protester Ashli Babbitt instead of the whitewash rubber stamp review that they did with Lt. Byrd.
Reactions: danthewolf00
You must log in or register to reply here.
Share:
Facebook Twitter Reddit Pinterest Tumblr WhatsApp Email Share Link
Top