Retired Expediter
Offline
A Bernie Sanders campaign cochair says choosing between Trump and Biden is like having 'a bowl of s--- in front of you, and all you've got to do is eat half of it'

I dont know if I could have said it any better.

coalminer said:
A Bernie Sanders campaign cochair says choosing between Trump and Biden is like having 'a bowl of s--- in front of you, and all you've got to do is eat half of it'

I dont know if I could have said it any better.
Click to expand...

I suppose it could be characterized that way, but her choices weren't between Biden and Trump, it was between Biden and not voting. Her comment was made in the context of the uninspired activists of the left wing of the party (socialists, Bernie supporters, etc.) who face the choice of being uninspired enough to stay home or vote for Biden. It was in the context of voter enthusiasm for Biden, not candidate choice. In the source article from the Atlantic, it's right there in the section about Biden having his own problems.

Offline
There is ZERO enthusiasm for Joe Biden from the electorate. It is either anti Trump hatred or wanting someone from the Dems side to become President so that all the radical stuff they want will get implemented.
He will be an empty vessel that the Left will load up their goodies on.
Reactions: Turtle

ATeam said:
You might be right. It may be that Biden's campaign strategy is to stay as quiet and say as little as possible. Instead of working to defeat Trump, let Trump self-destruct. Poll numbers suggest that strategy is working so far, and now that Trump has resumed his coronavirus briefings, more self-destruction is likely. His recent Fox News interview did not gain him any additional votes.
Click to expand...

The self-destruction continues. At yesterday's coronavirus press briefing, Trump associated himself with Dr. Stella Immanuel. He previously did so by retweeting a video that included her remarks about COVID-19 and hydroxychloroquine. In addition to claiming she has a cure for COVID-19, "Immanuel's medical claims are sometimes combined with her spiritual beliefs. She has said that many gynecological illnesses are the result of having sex dreams with succubi and incubi and receiving "demon sperm". She has said that endometriosis, infertility, miscarriages, and sexually transmitted infections are caused by the spirit husband. She has said that space alien DNA is used in medical treatments and that reptilians/aliens run the government. She stated in a 2015 sermon that "Illuminati" are using witches to destroy the world through abortion, gay marriage, and children's toys and media such as Harry Potter, Pokémon, Wizards of Waverly Place and Hannah Montana." (Wikipedia)

She recently said if Facebook did not restore a video of her that they took down under Facebook misinformation rules, "Jesus Christ would destroy Facebook’s servers"

But back to the Trump's self-destruction, he did himself no favors by associating himself with this doctor with his retweet of her video and subsequent defense of her. In doing so he unnecessarily subjected himself to headlines like "Americans are suffering. Trump offers them a doctor who warns of sex with demons."

Politically, that's just stupid. He was stupid to retweet a video featuring a doctor Trump himself admitted he did not know. It gains him nothing and costs him much. In the meantime, Biden sits quiet in his basement (as some claim) as the polls move in his favor, and as the coronavirus seems to be more active in red states than blue.

The people in our state (FL) who believed Trump when he said the virus was a hoax are now noticing their hospitals are full, and people they know are sick with or have died from the disease. Trump carried Florida in 2016. He's behind now (Biden 51%, Trump 46%).

A whole lot of people are going to believe Immanuel's COVID-19 cure claim. And some will go to her clinic seeking the cure. If she cannot produce one it's bad news for her and more bad headlines for Trump.

Watch the debates. Biden will skewer Trump with Trump's false claims and implications about the virus. And Trump, unwilling to ever admit an error, will defend those crazy claims.
Last edited: Jul 29, 2020
Reactions: muttly

Staff member
Owner/Operator
Offline
First, Trump did not associate himself with that doctor. He plainly said he doesn't know her.

Third, as usual, the media attacked the weakest link amongst those doctors, and didn't say a word about the other doctors. Instead of taking it at face value, you have to ask yourself why.

Fourth, Trump never said the virus was a hoax. That's a hoax. Stop believing hoaxes and then drawing conclusions based on them. That's incubus wingnut credibility right there.

Lastly, Biden couldn't skewer kabob meat if it was cut to size for him and they handed him a skewer. Openly stating, in public, that Biden will skewer Trump in a debate, while bold and ballsy, is either wishful thinking on a grand scale, or trolling.
Reactions: muttly
N

Owner/Operator
US Navy
Offline
I looked a little deeper into the wingnut doctor. Some of her statements are backed up to some degree by cohorts in her native country, but not completely so. There is some indication that her suggested treatment is effective if given in early stages, as she emphasized. Ford Hospital in Detroit had some positive results along those lines as well. However, everyone is cautious and statements need to be read carefully and completely to separate the wheat from the chaff. But her cohort in her home country did say that their mortality rate was about 0.6 compared to our rate of 3.6 or so. Don't quote me on the numbers, but it is certainly a message that should be investigated without killing the messengers, be they lucid or looney.
Reactions: muttly and Turtle

Retired Expediter
Offline
Among super-PACs, Biden is leading Trump 3 to 1. Are the big-money GOP donors reducing their support? Story here 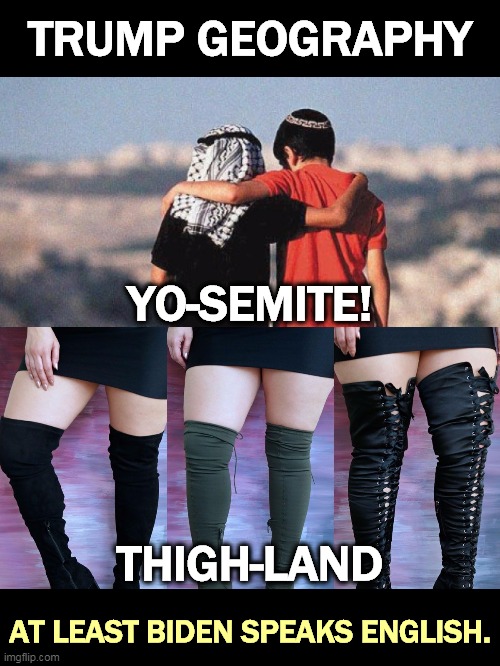 Offline
"Hold my metamucil"
That right there.....
Reactions: Turtle
C

Retired Expediter
Offline
You now, when Trump came down on the TVA for its CEO pay and the way it was firing US workers to bring in cheaper foreign labor I was like hell yeah, but I never saw any of the "Trump is my hero" types say anything about it. They will get all worked up over the same old lies that he tells but dont say a word about when he does do a good thing.

Whats up with that?

coalminer said:
You now, when Trump came down on the TVA for its CEO pay and the way it was firing US workers to bring in cheaper foreign labor I was like hell yeah, but I never saw any of the "Trump is my hero" types say anything about it. They will get all worked up over the same old lies that he tells but dont say a word about when he does do a good thing.

It's a team sport. They have to block all that kind of stuff out of their mind and instead hang on to fantasy, like the Fine People Hoax that Biden based his entire campaign upon.

Also, a lot of people don't really even know what the TVA is. They think maybe it's an electric company. But those living in the South in TVA areas, they know. I live right next to Kentucky Dam and Barkley Dam.
Reactions: muttly 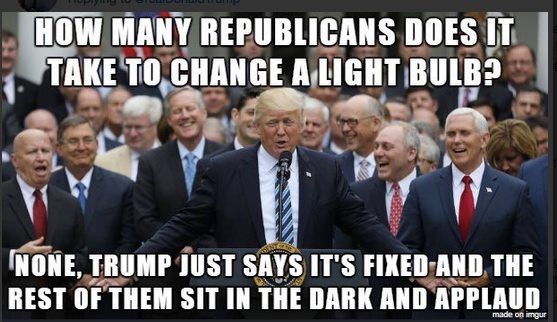 Staff member
Owner/Operator
Offline
When I first heard that it was reported in The Atlantic that in France Trump called dead WWI soldiers "losers" and "suckers" I knew that it was soooo fake news that I laughed out loud.

Whether it's from Hollywood or in politics, when something is a little "too on the nose" you know it's a load of crap, not believable at all.

And now we have this: The Democrats' most fervent wish of what RBG should have said as her dying wish...

"My most fervent wish is that I will not be replaced until a new president Is Installed." - Ruth Bader Ginsburg as dictated from her death bed to her granddaughter.

Retired Expediter
Offline
If you are a supreme court justice you are supposed to be free of bias, her dying wish just proved that she is biased. And now the Republicans who know they will probably lose the senate and the white house are going to cram in a new conservative in before they get the boot. Of coarse the democrats changed the rules 4 years ago to suit their needs and now it will bite them in the ass.

Offline
And now for a little Wednesday morning humor: