The official logo of the Speaker of the House of Representatives.
Found at speaker.gov

Also, anyone seen the logo of the US Marines?
Reactions: muttly
D

Trump keeps claiming that the most dangerous cities in America are all run by Democrats. They aren’t.

Then in the article they publish data charts that show Trump is correct, but the author of the piece goes on to say that Trump is still wrong, because of the top 20 most dangerous cities, only 19 of them are run by Democrats. Most people don't ever read past the 4th paragraph in a news article, and nearly 90% don't make it past the 6th paragraph, so it's not surprising that it isn't until the 7th paragraph where we read, "Most of the current mayors of these cities are Democrats." Then he can't help himself and points out 3 cities with Independent mayors, so there. But those 3 cities, San Antonio, Las Vegas and Springfield, the mayor doesn't run the city, the City Council does, and the City Councils in those cities are progressive liberal Democrat. And he's even wrong about the mayor of Las Vegas, who is most definitely, and famously, a Democrat.

Then he goes on, like it matters somehow, as to why cities tend to be heavily Democratic, But Tim Pool, centrist-lefty that he is, blows that up in the pretty funny video below.

How about Georgia where the mayors are trying to mandate masks and other things and the Republican Governor is not allowing them to. Yea, blame it on the mayors.

dalscott said:
How about Georgia where the mayors are trying to mandate masks and other things and the Republican Governor is not allowing them to. Yea, blame it on the mayors.
Click to expand...

Are you trying to imply that the evil Governor of Georgia is responsible for the violence in Democrat-mayored Georgian cities over these last few months because he suddenly won't let them mandate...... masks?

Staff member
Owner/Operator
Online
Here's a snippet from a CNN article (opinion) article about freedom of speech in the workplace...

Traditionally, many businesses have prohibited employees from using their clothing to express political views at work. Some likely fear that if they allow workers to wear the words "Black Lives Matter,'' then other employees may show up with "White Lives Matter" and "Blue Lives Matter" masks, or even "Keep America Great" masks. Free speech cuts both ways.
Click to expand...

The use of "or even" is just laugh out loud hilarious. OMG, the horror of it all.
Reactions: skyraider and muttly

Offline
Not so fake Fake News:

US Navy
Offline
This just in,,,there was no rioting in Telico Plains, Benton, Cleveland or Etowah Tennessee today.....there was peace....and no one was shot there ....amazing all the folks were acting nice and so on....not all of America is nuts....

Offline
None in Georgia, either. An armed populace is a polite populace.

Offline
Fake news, but "rings true" that CNN could report this:

Offline
She also had a hot mic moment telling the campaign spokesperson what topic she was going to ask her in advance. Probably s.o.p.
And yeah , she has closed her twitter account. At least until after the election.
Reactions: Turtle

Staff member
Owner/Operator
Online
I no longer even think of the news media as news media. Long gone are the days when journalists were honest brokers of the news. They're really more like a daily newsletter, blog or podcast of the DNC.

Even NPR, who is taxpayer funded, on the Hunter Biden laptop story, within just one week went from, "Well, the story is blocked on social media," to, "Well, the emails and text messages and the laptop haven't been verified," to, "Well, we don't think it's news important enough to cover. It's not what the American people are interested in."
Reactions: muttly 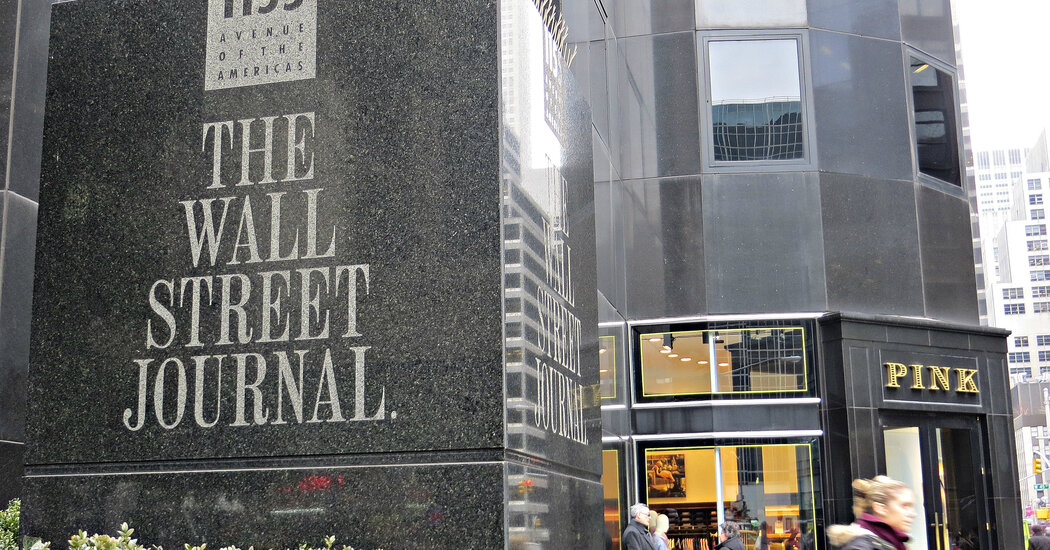 Trump Had One Last Story to Sell. The Wall Street Journal Wouldn’t Buy It.

Inside the White House’s secret, last-ditch effort to change the narrative, and the election — and the return of the media gatekeepers.

ATeam said:
I've paid little attention to the Hunter Biden story but happened to read this article about how the Wall Street Journal treated it when it was delivered by Trump's people to the Journal

Trump Had One Last Story to Sell. The Wall Street Journal Wouldn’t Buy It.

Inside the White House’s secret, last-ditch effort to change the narrative, and the election — and the return of the media gatekeepers.

It's easy to pay little attention to Hunter/Joe Biden story. All of the DNC News media have ignored it. A virtual blackout.
Reactions: Turtle

muttly said:
It's easy to pay little attention to Hunter/Joe Biden story. All of the DNC News media have ignored it. A virtual blackout.
Click to expand...