For All of You Right Wing Nut Jobs...

Retired Expediter
Offline
...does this guy have some valid points? Liberals seem to think everything's just fine. Some snippets from his article (bold emphasis mine):

...when was the last time America decisively WON a war and achieved all of our objectives? If we don’t count small excursions like Grenada, that would be WWII...

We keep hearing how wonderful our economy is supposed to be these days, but only 63% of Americans have a job or are looking for one. That’s the lowest percentage since 1978. Not only does our government not have any intention of paying off a dime of our debt, any and all serious attempts to cut into our massive deficit are met with howls of outrage. This is despite the fact that our growing debt has the potential to cause an economic collapse in the next decade or two that would likely lead to a Depression and the end of Social Security and Medicare in their current forms.

We’ve become a “if it feels good, do it” society where the only sin is pointing out when someone’s sinning...

Merit has been tossed to the side in politics and we’re now told that it’s perfectly acceptable to vote for unworthy candidates for political office as long as they’re the right race or gender. No matter what their race, gender or political party happens to be, our politicians have become hopelessly corrupt and out-of-touch...

We are a decadent nation in deep decline that’s content with the status quo because we’re borrowing so much money that it hasn’t gotten uncomfortable yet...Until they understand the severity of the situation, we will continue to be a nation obsessed with what’s on TV while our country burns to the ground around us.

America is a Nation Headed For a Fall
Click to expand...

IMHO, the paragraph emphasized in bold is the one that causes the most concern. Both parties are responsible for this debt situation and no one from either side seems to be concerned with promoting ideas for making the the necessary corrections because it would require some sacrifice from voters and politicians alike. As we head into this election year there seems to be no candidate promoting a realistic solution to ANY of the above listed concerns. The Reagan quotes in the article may prove to be prophetic: we have a rendezvous with destiny.
Reactions: Turtle

Staff member
Retired Expediter
Offline
Frankly, I think the paragraph after the one you bolded is the biggest concern, as that's the root cause of the one you bolded. We as a society have allowed political correctness to supplant common sense, and as such we no longer have clearly defined rules for what is and is not acceptable behavior for a strong society with a solid foundation of morality. And by morality I don't mean WWJD. I mean a basic societal morality of right and wrong, of being a productive, contributing member of society versus reaping from society that which you did now sow.

We have circled back to 'Ask not what you can do for your country, but what your country can do for you." This has allowed thoroughly destructive societal behaviors to become normal and acceptable, which has resulted in a record number of people on welfare and generations of Americans who don't even know what behaviors are required to be a positive contributor to society. And when you point that out you are ridiculed as cruel and mean.

The result is what you see today, record numbers of people who are not working, record numbers of people on welfare and mental disability social security, out of control debt, and a disturbing number of people losing their collective minds over a nut job giving them the prospect of free education, free health care, free, free, free, all the while not knowing or caring of the detrimental consequences of it all.
Reactions: wimpy007, jamom123 and Moot

LBJ got us headed in that direction shortly after JFK's speech. 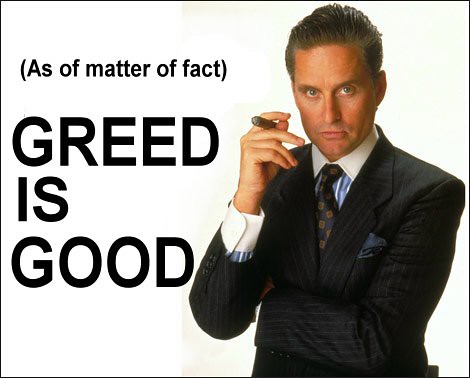 Retired Expediter
Online
There will always be a percentage of the people who don't contribute to society, but there are more and more who would work if there was a job for them, but corporate America sent all those jobs to Mexico or China.

This is going to sound mean, but there are a lot of people who are not capable of doing anything more than a manual labor easy job.

I love it when the nut jobs say that if we cut all of the baby mamas out of the welfare and Medicaid we would save sooooo much money, when in reality, yes we would save some money, but the majority of Medicaid and SSDI money is spent on people who are totally disabled, and it does cost a lot of money to keep them alive. What should we do, just let them die?

And the little bit of money saved from cutting out the baby mammas would take any chance of those children from following in their parents footsteps.
Reactions: greasytshirt
C