Staff member
Owner/Operator
Offline
Testing is up, so I'm shocked, shocked, I tell you, that cases are up.

The only things that matter is, the hospitalization rate, and the death rate, two things that isn't getting reported.

Turtle said:
Testing is up, so I'm shocked, shocked, I tell you, that cases are up.

The only things that matter is, the hospitalization rate, and the death rate, two things that isn't getting reported.
Click to expand...

Because it’s obviously very different than what I’m watching and reading.

RLENT said:
What media are you following to make that assertion (that hospitalizations and deaths aren’t being reported)

Because it’s obviously very different than what I’m watching and reading.


Every other story is about hospitals and new deaths.
Reactions: RLENT


Every other story is about hospitals and new deaths.
Click to expand...

Yeah ... doesn’t seem to be any real shortage of coverage down here in The Buckeye ... both local and national.

RLENT said:
What media are you following to make that assertion (that hospitalizations and deaths aren’t being reported)

Because it’s obviously very different than what I’m watching and reading.
Click to expand...

That's probably because you reinterpreted what I said to mean something very different from what I actually said. I didn't say hospitalizations and deaths, I said hospitalization RATE and death RATE.

That video is so flawed it's LOL funny. The guy's a moron. A certified stone-cold idiot.
He's using an OSHA approved atmospheric monitor, which falls under 29 CFR 1910, and is specifically designed to monitor atmospheric gases in confined spaces. The one he's using is designed, and calibrated, specifically for firefighters to use at fire scenes.

A confined space is defined as a space "large enough for a person to enter and perform assigned work in; it has limited or restricted ways to enter or exit the space; and it was not designed to be occupied continuously by a worker." I guarantee you that a restricted space immediately surrounding the exhaust pipe of a human being is not a confined space in which an atmospheric monitor's readings are even a little bit valid. He's essentially testing the atmospheric conditions inside a mechanic's 4-bay garage by inserting the detection tube up into the tail pipe of a running car, and than declaring the garage is not safe to enter.

If you want to test the oxygen level of a mask wearer, you don't test the carbon dioxide output level at the point of exhalation (or even the amount of oxygen present at the point of inhalation), you test the blood oxygen (oxygen saturation) level of the mask wearer. You do that with a Pulse Oximeter (that little thing they clamp onto your finger at the doctor's office). It ill also test your pulse rate, which will rise considerably to compensate if there is a lack of oxygen, in order to keep your blood oxygen saturation level consistent.

If your normal, at rest, without a mask, oxygen level is, say, 95, then in the worst case scenario, where you don both a surgical mask and an N95 mask, your blood oxygen level might drop as low as 90.

"Ninety!!! OMG!" you might say. But normal blood oxygen levels are between 75-100 (but ideally between 90-100). Below 75 is low, but headaches don't begin until actual hypoxemia sets in, which happens at or below 60. If your at-rest blood oxygen level (SpO2) is consistently below 90 for a prolonged period of time,like for weeks or months, especially if there is an objective cause, like COPD, lung damage, an illness, etc., then supplemental oxygen may be needed.

Construction workers and others who's mask becomes clogged (with dust or has gotten wet) to the point where it's difficult to breathe, their blood oxygen concentrations might drop by as much as 8% according to OSHA and CDC testing. Still safe, but OSHA and the CDC recommends swapping out a mask when it becomes too difficult to breathe.

As someone who over the last several weeks who has had more than my fair share of encounters with pulse oximeters, including wearing one for 24 hours a day for 6 days, I can tell you that I asked a lot of questions (to the point where I think I annoyed more than one person) and have done a lot of research, and I now know more about them and oxygen levels than any normal person should know. I can tell you that they are not as accurate as drawing blood directly from a vein and doing a ABG (Arterial Blood Gas) test, because dirty fingers and fingernail polish will affect the accuracy of the oximeter. The oximeter works by passing small beams of light pass through the blood in the finger (or toe, or even earlobe for someone with long and/or painted fingernails), measuring the amount of oxygen. It does this by measuring changes of light absorption in oxygenated or deoxygenated blood. But the accuracy of a pulse oximeter is close enough, within 2%. Meaning, if your oxygen saturation reads 92% on the pulse oximeter, it may be actually anywhere from 90 to 94%.

So to recap, the guy in the video is an idiot, and people who complain of headaches while wearing masks are whiny little children looking for an excuse not to wear a mask.
Reactions: muttly

That guy is what you get when his mother married her brother ... and then decided it would be a good idea to go ahead and procreate and raise a family ...

Meanwhile “Karen” in Dallas apparently saw his video and now is feeling very, very threatened and oppressed - because CAPITALISM and PRIVATE PROPERTY RIGHTS - and is going to make sure anyone in her vicinity knows just how she feels about all this masking wearing nonsense:

Offline
Masks are for sheep ...

Retired Expediter
Offline
Its been proven that masks work to reduce the spread of the virus. But the real benefit isnt the person who wears it, but the person who may be infected, but not know it.

I think what you are seeing is that people have the attitude that why should I do something that does not benefit me?
Reactions: dalscott and Turtle

No mask on your face
A big disgrace
Spreading your germs
All over the place
We will, we will rock you!
Reactions: coalminer

coalminer said:
Its been proven that masks work to reduce the spread of the virus. But the real benefit isnt the person who wears it, but the person who may be infected, but not know it.

I think what you are seeing is that people have the attitude that why should I do something that does not benefit me?
Click to expand...

My current work environment with two hours in an office consists of a quarter or less of people wearing a mask. And many that wear the mask wear it improperly. Around their neck. Over just their mouth. They take it off so they can talk loudly to someone. They put it on after they've walked closely by everyone at the beginning of the day.
It's mandated that everyone wear the mask, but many just refuse to wear one. Too hot and stuffy. Or medical reasons. So it's pointless for me to wear one also.

Staff member
Owner/Operator
Offline
Pointless? I can see how one might give in to that, but wearing a mask when others aren't will, at a minimum, reduce your dose of the virus, and we know dose matters.
In the words of Commander Peter Quincy Taggart, the commander of the NSEA Protector, "Never give up! Never surrender!"

Any ol mask is better than nothing, but I'd have N95 masks with a ventilator high on my list of things to get.
Last edited: Jun 30, 2020
Reactions: muttly

coalminer said:
Its been proven that masks work to reduce the spread of the virus. But the real benefit isnt the person who wears it, but the person who may be infected, but not know it.

I think what you are seeing is that people have the attitude that why should I do something that does not benefit me?
Click to expand...

Actually, the real benefit is to the person or persons Typhoid Karen and Typhoid Kevin don’t infect through their irresponsible behavior ...
C

Retired Expediter
Offline
One more thought about this, contact tracing is not going to be effective here because there are going to be way too many people that will tell the tracers its none of their business where they have been and who they had contact with.
C

Staff member
Owner/Operator
Offline
Contact tracing is only effective in stopping or slowing the spread in areas where there is little infection and little transmission. In those places, when someone gets the infection, you isolate them, and then anyone they have been in contact with you notify, monitor, test and maybe isolate. That will contain the spread. But once a virus has begun to spread in any significant way, contact tracing is useless, other than as a tool to create a spider web map of where the virus as already spread.

The county in which I live, they got a good handle on contact tracing from the very beginning. The very first case was someone from out of town, who was visiting, ironally, a nurse from the hospital, and the nurse took the friend to church. A few days later that friend came down with COVIC-19. They got on the contact tracing right away, and have been all over it ever since. To complicate matters, this is a college town, so we have people coming in from all over. Once they shut down the school, that enabled better tracing and mitigation. Almost no one is out in public without wearing a mask, and everybody does the social distancing thing. As of 06/29/2020 the running total number of cases in the county (of 39,000 people) is 79, with 64 being fully recovered, 13 isolated at home, 1 hospitalized, and 1 death. That's pretty good.
Reactions: muttly
C

Im glad they are going to fine people that dont cooperate.
Reactions: dalscott

coalminer said:
Some partygoers tied to coronavirus cluster will get subpoenas

Im glad they are going to fine people that dont cooperate.
Click to expand...

"We're from the government and we're here to help."

Offline
Here is some good news. People need to stop playing politics with this drug. 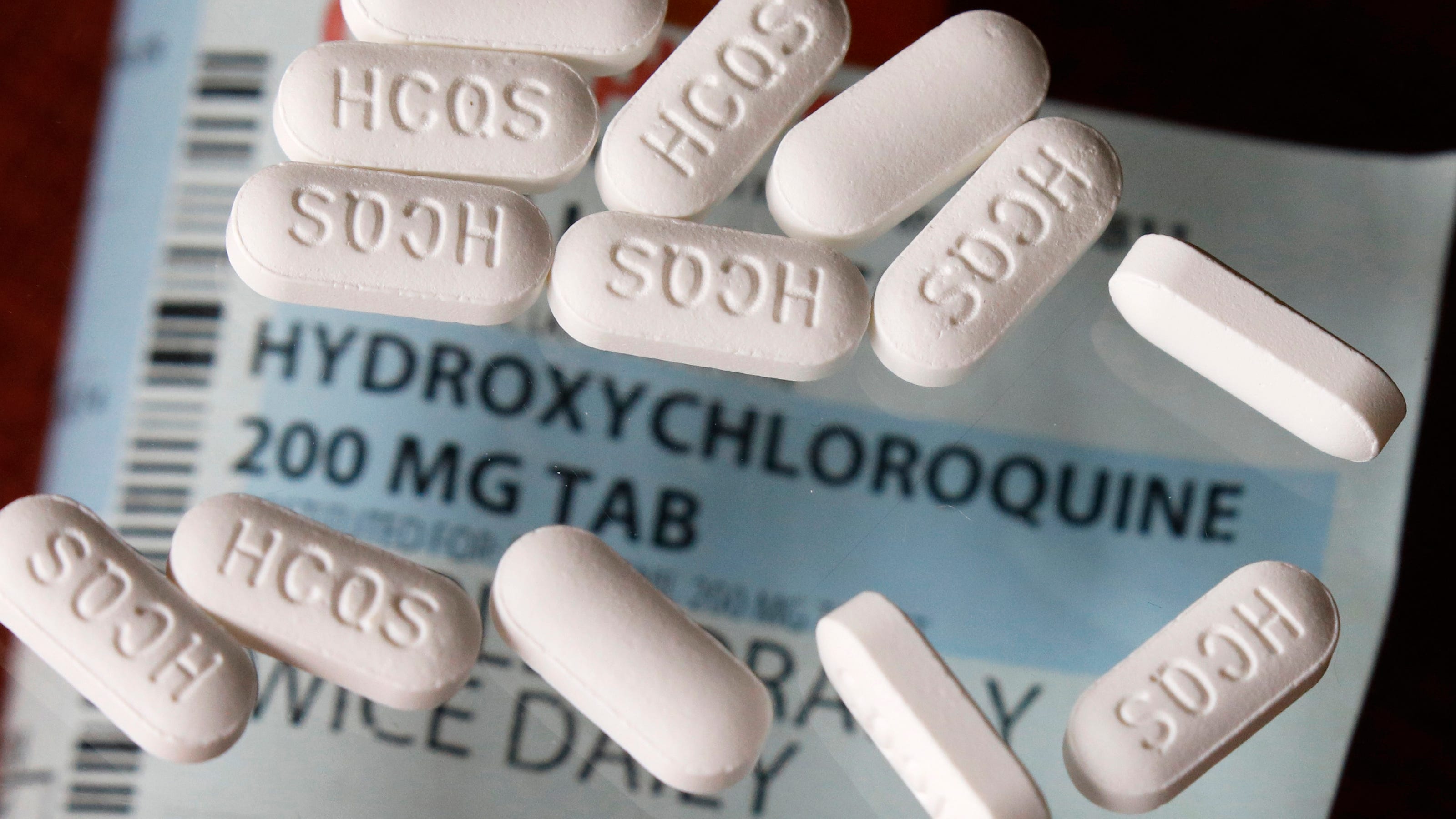