A touch of Joe

Moot said:
Define wealthy. Can you put a number such as annual gross income to your definition? My standard of living has improved over the last 2½ years. As for people living paycheck to paycheck, that's a common occurrence no matter what the annual income. Its more of a spending beyond one's means. Where did you get this little nugget of information: " the number of people living paycheck to paycheck is increasing all the time."? Even the MSM is grudgingly admitting that unemployment is the lowest in years and wages are up.
Click to expand...

Define full capacity. Maximum weight? Maximum hours? Maximum volume? I'm in a van and have been since 1997. Over the years I probably average 10 -12 load offers a year that come to me while on a load. So yeah, I wait for loads. I knew that coming into this niche market. If you weren't aware of the nature of expedite freight, especially van freight, then I understand your problem. [/QUOTE]


You suspected wrong. My very best years in this business were the first couple years of this century. During the latter Bush years and all of the Obama years I learned to adapt and still be profitable. If you lack the basic business acumen to only break even, don't blame the President. Try to examine and separate your hatred for Trump the person and Trump the President. Also, take some personal responsibility for your situation or pray Bernie/Biden to become your savior in 2020. [/QUOTE]

Coming from you and some of our past exchanges here, I detect a lack of sincerity. It comes off as: "Hope it continues for you and you choke on a sandwich and die."[/QUOTE]

First of all, I was speaking of running full time (and I suspect that you knew it) with no waiting over one day as it was for several years for me. I understand what you are saying about the earlier years as I have heard that from a lot of people including a trucker friend of mine.
Also, I started in 2011 back then compared to now the rates were far better. I made more money during the first six years than I ever did in my entire working life. I’m getting a lot of this from this forum as well as my own experience with people talking about .50 to .70 per mile and sitting over a week waiting for a load.
Maybe Incomes have gone up slightly but housing costs, utilities, car prices, groceries, etc. have eaten all of that up and then some.
As far as numbers go, if you want to nick-pick I will spoon feed it to you. I’m talking about millionaires, billionaires, the top one percent.
As far as my “ business acumen” I did very well for years as did many out there. But since the middle of last summer, it has been slowing down (and I have read many others on this forum say the same thing. I only had seven runs in the first two months of this year combined. Try to explain how my “business acumen “ caused that. I have also heard many on this forum talk about getting out of the business because it has gone down so far. Another thing that proves what I’m saying is this forum, there were many more threads on here. Some, such as the bantering about where I’m going had several pages in them every day. It sometimes took me as long as 45 minutes to read through everything. That’s without posting anything. Today, I can read through everything in 5-10 minutes.
As far as Trump, don’t get me started. This downturn seemed to start after his tariffs did. By the way, I strongly agree with him on the trade issue. We should never have opened the gates for all that foreign crap to come in and take over everything and push so many of our small businesses over the brink.

It doesn't make much sense to run on the economy when it's doing great.
What exactly does Biden disagree with Trump about regarding the economy? The middle income people got a tax cut. Wages are up. Jobs are more plentiful. That means lower class people can do better too. Trump has made new and more fairer trade deals. He's standing strong against China for a new trade deal. Biden can talk all he wants about coming from a "blue collar" neighborhood like Scranton, but Trump is producing results for "the working class".
Reactions: RoadTime and Pilgrim

That's the standard platform of Dems: racial divisiveness. "Put y'all back in chains" Joe isn't any different. That's why he wanted to kick off his campaign in Charlottsville and continued the lie that Trump was referring to the skin heads as very fine people.

Retired Expediter
Offline
On Tuesday Biden introduced his plan to address climate change, which has been declared by some wacko Democrats as the "World War II of our generation". This watered-down version of the Green New Deal would carry an estimated cost of $5 TRILLION over ten years - which means it would be multiple times higher if actually passed. Obviously, Joe the voice of moderation no longer exists. He would fund this with reversal of Trump tax cuts, $1.7T in govt spending and more govt regulation of fossil fuel production and elimination of subsidies. He would also re-enter the Paris Climate Accord and jawbone China to reduce its carbon pollution (good luck with that). This will be Biden's first big step in his lurch to the left in order to win the Democrat primary.

Democratic presidential candidate Joe Biden is pitching a $5 trillion-plus climate proposalthat he says would lead the U.S. to net zero emission of carbon pollution by 2050.

Offline
They're calling Kamala Harris the winner of the Dem debate the other night for supposedly taking down poor Joe. She said Americans aren't looking for a food fight, they're looking to put food on the table.
Yet, she voted AGAINST the tax cut.
Her talk is cheap.
Reactions: RoadTime

Biden: Russia Election Interference Wouldn’t Have Happened ‘on My Watch and Barack’s Watch’

‘But I promise you it wouldn’t have, and it didn’t’

Offline
I see "put y'all back in chains" Joe is at it again. 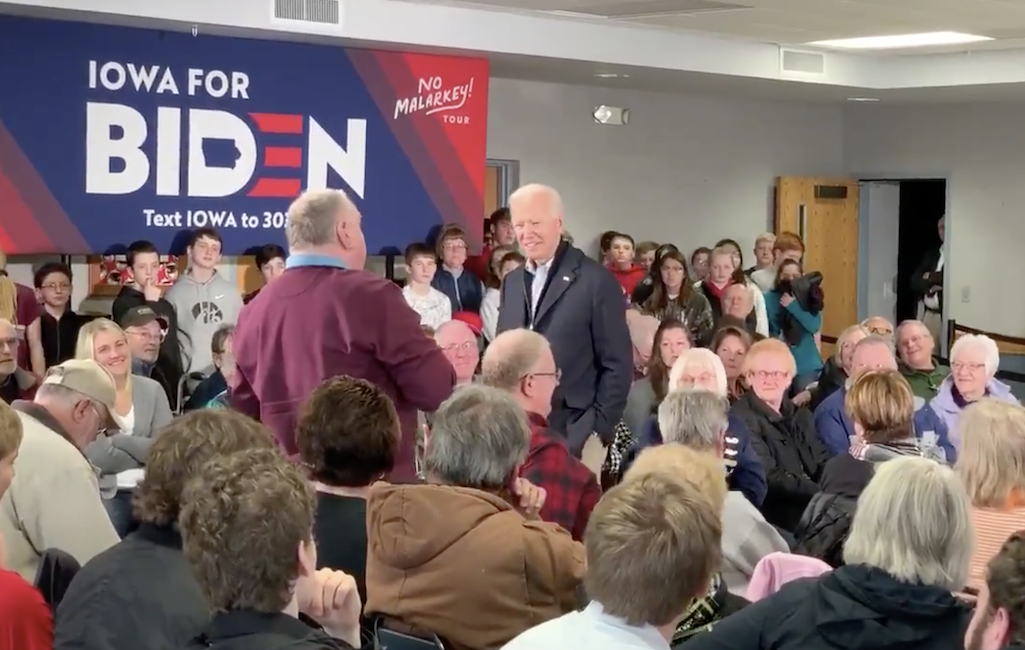 An Iowa voter criticized Joe Biden for his son's dealings in Ukraine, Biden grew confrontational and insulted the voters weight.

Owner/Operator
Offline
That wasn't Joe. It was the dementia talking.
Reactions: Ragman, muttly, Grizzly and 1 other person

An Iowa voter criticized Joe Biden for his son's dealings in Ukraine, Biden grew confrontational and insulted the voters weight.

Biden also called him a liar over being called out for getting a Ukrainian prosecutor fired who was investigating Hunter Biden - in exchange for $1Billion in aid. That's bribery/quid-pro-quo. Many people have heard about this but haven't actually seen the video because the mainstream networks won't play it. Imagine what the Democrats would be doing with a video of Trump getting caught saying something like this. 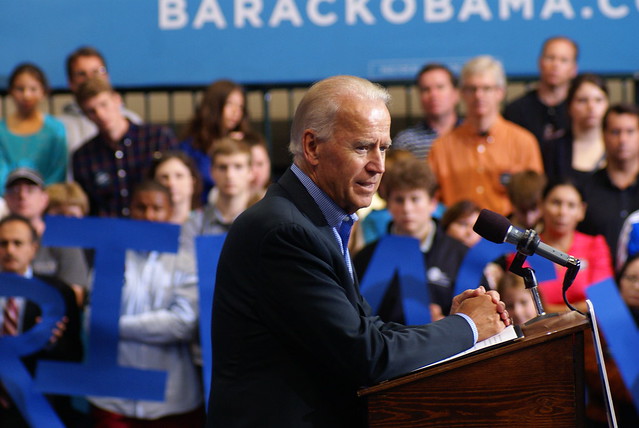 Biden boasts about the fact that he threatened to withhold $1 billion in U.S. loans to Ukraine if they did not fire the prosecutor investigating his son.

Offline
Maybe some other time he'll take questions. And off he goes:

muttly said:
Maybe some other time he'll take questions. And off he goes:

Talk about the pot calling the kettle black!

Ragman said:
Talk about the pot calling the kettle black!

This can't be a serious post. Please compare how many questions Trump fields from reporters compared to Biden. I'll wait.

muttly said:
This can't be a serious post. Please compare how many questions Trump fields from reporters compared to Biden. I'll wait.
Click to expand...

Irrelevant..............
If you're going to call out one politician for refusing to answer a question, you've got to call them all out.
Reactions: muttly

This can't always be the default answer when someone doesn't want to answer accurately.
Last edited: Jul 22, 2020

Ragman said:
If you're going to call out one politician for refusing to answer a question, you've got to call them all out.
Click to expand...

But even in the example you cited, (which is FAKE NEWS that you apparently believe to be real) he didn't refuse to answer questions and then angrily exit a press conference after being challenged by female reporters. He answered question after question from female and male reporters, for over an hour, and decided to end the questions when some of the reporters became whiny and asked stupid questions. I don't believe the gender of the reporters played much of a role in how whiny and stupid their questions were, but you may have different thoughts on that part of it.
Reactions: muttly
You must log in or register to reply here.
Share:
Facebook Twitter Reddit Pinterest Tumblr WhatsApp Email Share Link
Top