Turtle said:
You're still taking him literally. What he said was, 'We're going to have better and cheaper health insurance, less waste, and a revamped health care cost system that will reduce the cost of health care and health insurance.'
Click to expand...

Trump has said many things about healthcare, including:

Or, as he said in a September 2015 “60 Minutes” interview, “I am going to take care of everybody. Everybody’s going to be taken care of much better than they’re taken care of now.”

Whether you take him literally or seriously, he has yet to deliver anything close to what he said.
Click to expand...

He's only the president, not both the president and the congress. If everything was solely up to him it would be done already. If you're going to take him literally, you still, nevertheless, have to do so with reasonable expectations.

Unless, of course, the goal is to track his failures and point them out, even before they are failures. If so, then carry on.
Click to expand...

All candidates, and I mean every single one, conservative or liberal, Democrats or Republican, tell us what they will do, not what they plan on doing.

I listen to them with skepticism, knowing full well they can't do what they say.

With that said, i really would love to hear a Layoutshooter rant right about now.

Ragman said:
I listen to them with skepticism, knowing full well they can't do what they say.
Click to expand...

That's why I think Bernie would have been aesome as president, because no one with reasonable expectations would expect him to get even 10% of the stuff he said he'd do.

Hillary, on the other hand, very much could.

According to most on the left, thanks in no small part to The Press, Trump has accomplished exactly nothing thus far. And by nothing, I mean nothing. Not a thing. He's too busy Tweeting.

Obama signed into law 14 bills during his fist 100 days.

Unfortunately, since one of those 28 was not the law to repeal and replace Obamacare, they don't count. So... nada.
Reactions: muttly

Turtle said:
He's only the president, not both the president and the congress. If everything was solely up to him it would be done already. If you're going to take him literally, you still, nevertheless, have to do so with reasonable expectations.

Unless, of course, the goal is to track his failures and point them out, even before they are failures. If so, then carry on.
Click to expand...

If we allow insurance companies to sell across state lines, how do we protect consumers from unjust insurance company actions and inactions? (They've been known to happen every now and then).
Reactions: coalminer

ATeam said:
On the campaign trail and subsequently, he does not say he and congress will get it done...
Click to expand...

That would be incorrect.

ATeam said:
On the campaign trail and subsequently, he does not say he and congress will get it done...
Click to expand...

I alone can fix it. I will restore law and order.

"I'd close up our borders to people until we figure out what is going on,"

"When I am elected president, I will renegotiate with Iran — right after I enable the immediate release of our American prisoners and ask Congress to impose new sanctions that stop Iran from having the ability to sponsor terrorism around the world,"

"I am going to take care of everybody," Trump told CBS in September. "I don't care if it costs me votes or not. Everybody's going to be taken care of much better than they're taken care of now."

I will never ever let you down.”

“I will give you everything.”

To Clinton: "If I win, I am going to instruct my attorney general to get a special prosecutor to look into your situation."

I will direct my Secretary of the Treasury to label China a currency manipulator.

If I win, day one, we are going to announce our plans to renegotiate NAFTA.”

Staff member
Retired Expediter
Offline
Do you really believe that when Trump says he's going to build a wall that he means literally that he himself will build it? Do you not know how the government works? Do you believe that when Trump says he will do this or that, and what he's talking about necessarily requires the participation of Congress, that unless he explicitly names Congress that he is implying that he will do it without Congress?

Everything Trump says he's going to do, he says it within the context of how the government works and how things are accomplished within that framework. I'm surprised you aren't aware of that. But it you'd rather set all that aside for your own reasons, like I said earlier, carry on.

Offline
Yes, it is a "crazy suggestion" for CNN to show how much negative coverage they have done on Trump and how much they've spent on the hoax Russian collusion story.
Around 90 percent negative.
Reactions: Turtle

A Twitter user responds: "Yes it is, and it doesn't pretend to be anything else. CNN on the other hand..."

Trump Tweets that CNN's ratings are way down, and PolitiFact contorts itself into a pretzel to give Trump a full-on Pants on Fire determination. The problem is, the Nielsen Ratings strongly disagrees with PolitiFact. Sure, comparing CNN's ratings to itself, year over year, their numbers are up. But so is everyone else's. CNN boasts their second most watched quarter on record, (using the same exact methodology they used to claim top viewership of the inauguration, and 3 days later had to retract that claim after Nielsen very publicly called them on it). But their total viewership year over year is up 11 percent. Fox News is up the same period 19 percent.

But comparing CNN's numbers to everyone else in the Top 10 and CNN's market share is shrinking rapidly. Their numbers are up year over year, but so is everyone else's, and everyone else's is up more than CNN's is up.

Total Day Viewers Q2 2017
So yeah, PolitiFact is, like totally, a completely nonpartisan artiber of The Fact-Check.
C

Retired Expediter
Online
Well if trump gets too far out of hand we can call stone cold to put him in his place, open up an 8 billion dollar can of whoop ass.... 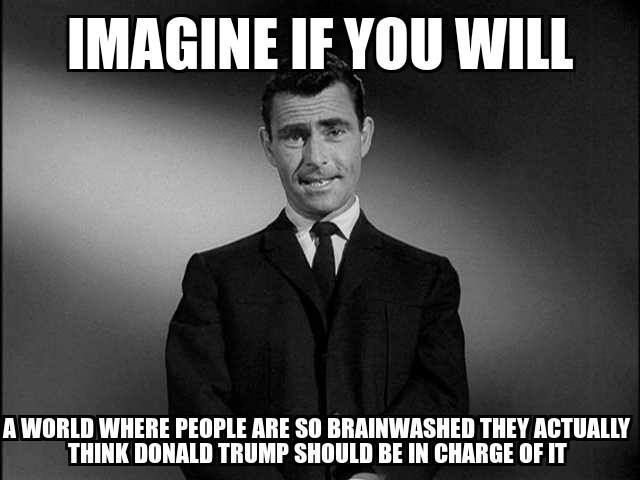 I'd be interested in seeing charts showing news network ratings over an extended period of time, like 10 or 20 years. That would enable us to see the changes of a network compared to itself and to others over time. I'm not invested in one network "winning" over another or in Trump being right or wrong regarding a statistical claim. I just grew curious about ratings history in general when the topic came up in the news this week.

It would be interesting to see how the various networks did as election cycles progressed and administrations changed.

Also, if it is true that the ratings of all three cable news networks rose recently, to what is that attributable? Where did the new viewers come from?

Where did the new viewers come from?
Click to expand...

IMO, the viewers have always been there.

The methods for recording them have changed.

Offline
It would seem that news that includes Trump generally garners higher ratings.

Owner/Operator
Offline
Remember ye olden days when CNN was neutral? Been a while, ain't?

Ragman said:
IMO, the viewers have always been there.

The methods for recording them have changed.
Click to expand...

30 years ago I was a Nielsen "family." I forget how many thousands of viewers I represented, but it was a bunch. I kept a daily log (in 15 minutes increments, or whenever I changed the channel in two minute increments) of whatever I watched. It made the Driver's Daily Log look like a kindergarten homework assignment.

A few years ago my niece worked for Nielsen, and I got the skinny low-down on the changes, which is basically a set-top box instead of a handwritten log. Both methods accounted for shifted viewing (VCR, DVR) and other things.

There's a joke that if all the televisions in airports were tuned to something other than CNN that CNN's ratings would plummet. That's not as far from the truth aa many people think. CNN has had a monopoly for more than 25 on airport TV screens. Airports can't just willy nilly put whatever cable or broadcast content on their screens they want without paying steep royalties. So, in ad deals with the largest airports (74 in the US at last count) CNN provides the equipment and broadcasts "CNN Airport" to them, which is different than just the regular CNN. And it's the ad revenue (and the ratings) that CNN rakes in. A few years ago ClearChannel threatened that monopoly by going in to a few airports where CNN was not yet in, but that fizzled along with ClearChannel's bankruptcy and then failing to provide the content (which was to come from places like NBC, CBS and ABC, among others).

Viewers of broadcast TV have been shrinking ever since the advent of cable and satellite TV, and viewers of both broadcast and cable have taken to the internet for news and entertainment. Interest in television news, and cable news in particular, had quite a bump in the 2008 election cycle because Obama, but that quickly faded. Viewership began to steadily increase as Trump became more and more viable as a candidate, and really hasn't dropped off like it did after 2008.

Where the viewers are coming from year over year is simply an increased desire to be informed and engaged.
Reactions: davekc

xmudman said:
Remember ye olden days when CNN was neutral? Been a while, ain't?
Click to expand...

Just a couple of years, really. I mean, they've always been Left biased, from the very beginning, but they used to responsibly report the news using their bias to check their reporting against the standards of the Ethics of Journalism. They had their missteps during the Obama years, but for the most part they remained a source of journalism with integrity. That all changed with Trump, when they became straight-up, partisan agendized propaganda. The bias check became a burden.
Reactions: xmudman
You must log in or register to reply here.
Share:
Facebook Twitter Reddit Pinterest Tumblr WhatsApp Email Share Link
Top