And the report calls on the attorney general's office to consider launching an investigation into those "utilizing misleading and false information about Antrim County to raise money or publicity for their own ends.
Click to expand... 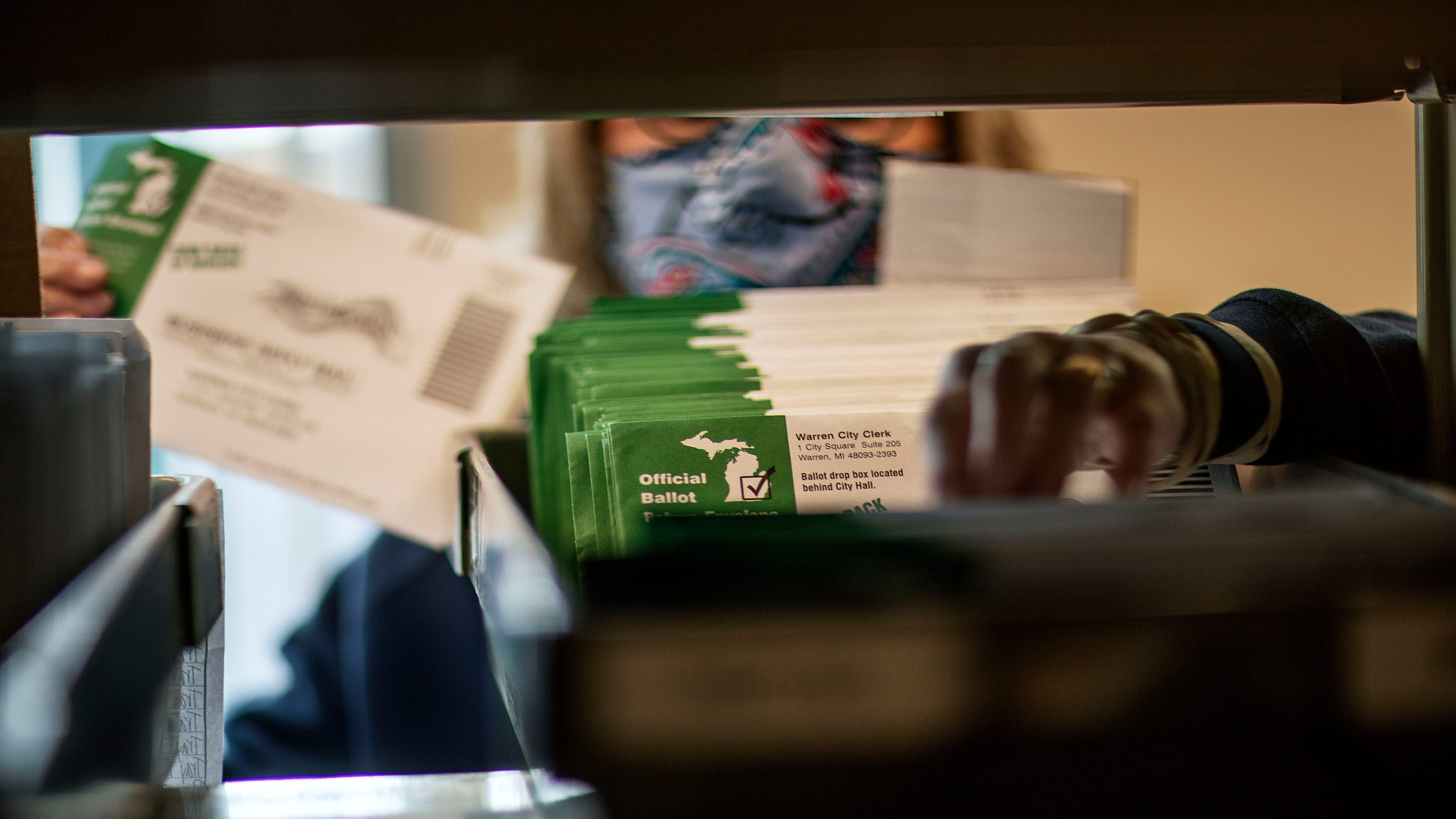 The results of the Michigan Senate Oversight Committee's investigation into the election found no basis for a conspiracy to steal the election.
www.freep.com
Last edited: Jun 23, 2021
Reactions: RLENT

Which of the above claims would be a Big Lie, misleading or false?
Reactions: muttly and RLENT

Ragman said:
Only one required a senate investigation.
Click to expand...

That doesn't answer the question. And the Senate investigation wasn't required, it was undertaken for political and civil purposes.

You used the term "Big Lie" but that's a framing opinion handed to you by the media. The media wants you to believe one thing is a big lie while ignoring the other big lie.

No state is going to investigate itself and conclude it engaged in fraud and corruption. Just not gonna happen. The last thing elected officials can afford is for citizens to lose faith in the elections. Hence, the report's conclusion of, "Our clear finding is that citizens should be confident the results represent the true results of the ballots cast by the people of Michigan." That was a foregone conclusion from the beginning.

The report concluded there was no "no evidence of widespread or systematic fraud," but made no mention of narrowly targeted fraud, which is the most common type of election fraud that can influence an election. That's why so many people have a death-grip on "widespread."

And despite the conclusion of "no evidence of widespread or systematic fraud," the report has a laundry list of significant issues and problems that must be addressed (which would be unnecessary in the absence of fraud or "move along, nothing to see here").

The report concluded that no dead people voted. Except in the cases where dead people filled out absentee ballots and sent them in and due to "clerical and timing issues" got counted.

The report found partisan poll worker recruitment in Detroit and Wayne County, where there were virtually no Republican poll workers (or observers) after Republican volunteers were either ignored and not called back, or they were told there were already enough workers. The report concluded that is a serious issue that needs to be addressed. Even though it's a significant irregularity, it isn't fraud and isn't widespread relative to the entire state. It was pretty widespread throughout Wayne County, though. <snort>

The election is what it is. None of these investigations or audits is likely to find anything of significance that would go to undermining voter confidence in elections. The only things to come from these investigations are the problematic issues that need to be addressed to reduce the incidents and opportunities for cheating and fraud.
Reactions: FlyingVan, RLENT, muttly and 1 other person

Just coincidence that Branco published this yesterday. Funny, though.
Reactions: danthewolf00 and muttly

Offline
Life comes at you fast:

Which of the above claims would be a Big Lie, misleading or false?
Click to expand...

On Dec 1, 2020, Trump's Attorney General William Barr declared, "... the U.S. Justice Department has uncovered no evidence of widespread voter fraud that could change the outcome of the 2020 election."

While that is not court litigation, it weighs in favor of free, fair and transparent.

Also favoring the free, fair and transparent view is this that came out of Trump's own administration shortly after the election:

WASHINGTON (AP) — It’s hard to put it any more bluntly: “There is no evidence that any voting system deleted or lost votes, changed votes or was in any way compromised.”

Rejecting President Donald Trump’s persistent claims and complaints, a broad coalition of top government and industry officials is declaring that the Nov. 3 voting and the following count unfolded smoothly with no more than the usual minor hiccups.

It was, they declare, resorting to Trump’s sort of dramatic language, “the most secure in American history.”

The statement late Thursday by the Cybersecurity and Infrastructure Security Agency amounted to the most direct repudiation to date of Trump’s efforts to undermine the integrity of the contest, and echoed repeated assertions by election experts and state officials.
Reactions: RLENT

ATeam said:
uncovered no evidence of widespread voter fraud that could change the outcome of the 2020 election."
Click to expand...

There's that" widespread" word again. Voter fraud that can affect an election is never going to be widespread, because that would make it easier to discover. It's always narrowly targeted.

One thing to keep in mind is, whether it's an election or anything else, if there is an opportunity to cheat, and there's a big payoff, and it involves a lot of people (making it less likely that a few individuals would be caught) it's a 100 percent certainty that cheating will happen. That's not to say that cheating will happen in every election, or that it even happened in this one, but that it will happen. Guaranteed.

ATeam said:
While that is not court litigation, it weighs in favor of free, fair and transparent.
Click to expand...

Not really. The only thing that favors free, fair and transparent is the projection of your own sense of morals and ethics. People want and need to believe elections are completely above board and beyond reproach

ATeam said:
“There is no evidence that any voting system deleted or lost votes, changed votes or was in any way compromised.”
Click to expand...

Yeah, but you have to actually look for the evidence and you have to look in the right places. The source code for the Dominion voting machines has never been examined, for example. If you don't (or in the case of Dominion, can't) examine the source code, you'll never find any evidence of vote irregularities.

ATeam said:
“the most secure in American history.”
Click to expand...

That doesn't mean anything. And, it was written by the people in charge of securing the election, so that's a tad self serving. "The Jews are God's chosen people." Wanna guess who wrote that?

But declaring the election the most secure in American history, while at the same time allowing ballot harvesting, unsecured drop boxes, and unexamined voting machine software to happen is right up there with Jen Psaki declaring that it was Republicans, not Democrats, who defunfed the police.
Last edited: Jun 30, 2021
Reactions: RLENT and muttly

Retired Expediter
Offline
Was there fraud? Absolutely. There has been in every election for a few decades. There will be in future elections. It will be on both sides, exactly as it always has been. It will likely follow the 80:20 rule as most all things always do, 80% left and 20% right. The apologists will deny of course.
Reactions: muttly and Turtle