Solar Eclipse - What are you doing?

The clouds here in this little sliver of South Carolina cooperated in biblical fashion. 90% of the sky was covered in white, puffy clouds, except where the sun was. And it was awesome.
Reactions: Hummer53, RoadTime, FlyingVan and 2 others 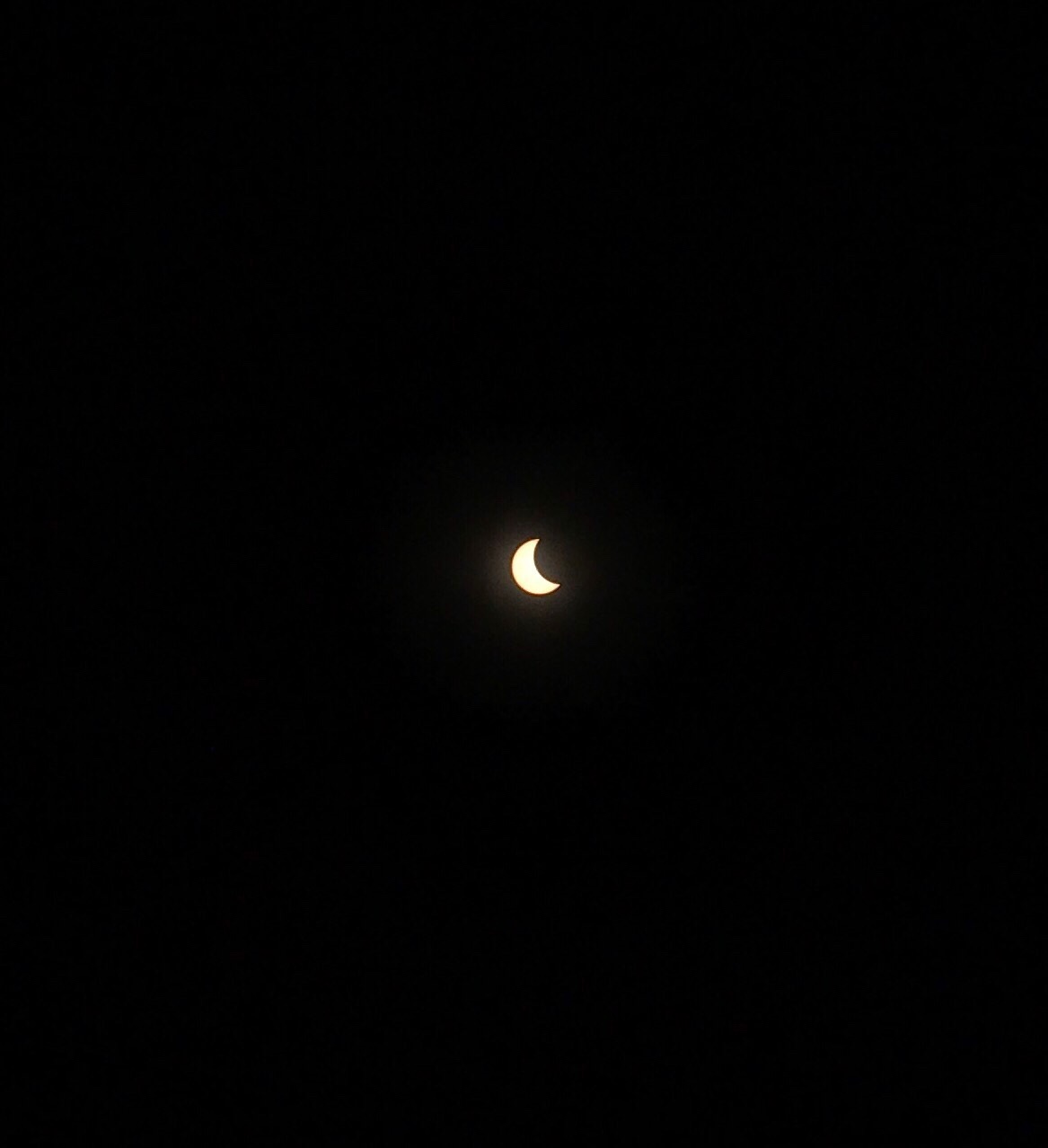 Sent from my iPhone using EO Forums
Reactions: Hummer53, RoadTime, muttly and 2 others

Grizzly said:
When something big or meaningful happens in my life that is sooo mathematically improbable, not impossible but improbable .. I know it was intentional.

Can that much precision really be accidental?
Click to expand...

Hey, believe what you want. I'm not going to use an eclipse as a cudgel either for or against. But an eclipse isn't a mathematical improbability, it's a mathematical certainty. They are utterly predictable decades, even centuries in advance. That's why there are people who have seen 20 or 25 of them, we know exactly where and when they will occur. A total eclipse occurs somewhere on the planet every 18 months. The plane of rotation of the Earth and Moon determines where they will be. Most of them occur over the oceans or over the poles, but sometimes they occur over populated land. The next one in the US will be in 7 years, when the eclipse starts in Texas and goes up through Ohio on up the Canada.

Sent from my iPhone using EO Forums
Reactions: Moot, RoadTime, muttly and 2 others

Owner/Operator
Offline
Wife in Spartanburg SC said it was amazing. They closed the plant for 2 hrs so employees could watch. It was so dark, lights came on in the parking lot ..

Owner/Operator
Offline
Somebody got it wrong. There was a totality of an eclipse in Los Angeles.

Unloaded at a consignee and didn't want to miss this major eclipse event. Hurried and rushed toward the back of the van. Quickly glanced up at the sky. Suddenly, the total darkness enveloped, hundred of stars appeared.

Woke up a moment later behind the van with bump on the forehead.

Grizzly said:
Wife in Spartanburg SC said it was amazing. They closed the plant for 2 hrs so employees could watch. It was so dark, lights came on in the parking lot ..

Sent from my VS987 using EO Forums mobile app
Click to expand...

Parking lot lights here at the Pilot came on, too. Didn't exactly ruin it, but didn't go very far in helping enhance the experience.

Staff member
Retired Expediter
Offline
The parking lot and surrounding area really filled up with people. Mostly from all up and down the coast. I stood next to a guy and his girlfriend from The Netherlands. This was his 9th eclipse. There was a family from Germany here.
Reactions: muttly, Mailer and Grizzly

Offline
Came across a few people while working in Michigan. One had a box and others had glasses. Somebody offered to have me look with their glasses. I politely declined. I wasn't sure where they got them at. The glasses were probably fine, but didn't want to take the chance of them being not legit. It appeared a little cloudy I guess. While in the shade it seemed darker than usual for awhile.
12 Videos Of The Solar Eclipse That Look Seriously Magical
Reactions: Turtle

Staff member
Owner/Operator
Offline
Dodged the bullet here in my neck of the woods.
The whole day it was mostly sunny with white puffy clouds all over. About an hour before the totality the sun got covered for about 10 minutes then it cleared up again. 15 minuted before totality I saw this huge gray cloud approaching fast. Nevertheless, the moon ended up covering the sun completely before the cloud moved in. The totality was just awesome and just as the sun started showing again, the cloud began covering the scene

The kids didn't quite care in the beginning, but then when it started cooling down and getting dark it peaked their interest.

Reactions: Moot, Grizzly, RoadTime and 3 others

Fleet Owner
US Marines
Offline
I was at the TA in Nashville and it was pretty cool. The place went dark and all the lights came on everywhere. Then we got a load picking up in Evansville, Indiana 154 miles away. I didn't even make it to my pickup and had to take my half hour break. Traffic was worst than NY city for 144 miles.

It reminded me of the move The Day After. Traffic was backed up for miles. The 1st two hours we only went 16 miles. My co driver later said to me, "why did you accept a load today". It was a crazy day after everything was over.
Reactions: muttly, Moot, Grizzly and 2 others

Bruno said:
Traffic was worst than NY city for 144 miles.
Click to expand...

I could see that setting up to happen when I was on my way down to Florida from Des Moines. It was through St Louis on I-64 to I-57 down to I-24 in Illinois, and across I-24 to I-75 in Chattanooga. I-24 was basically in the totality band the whole way. I crossed the river into Paducah overnight Friday into Saturday morning and you could see that something was up as I got closer to Hoptown. Those portable road signs every 5 miles telling people to don't even think about stopping in the middle of the Interstate during the eclipse.

I stopped in at the Love's in Calvert City, cause that's 20 minutes from the house and it's very close to where I would have gone to see the eclipse had I been home, and I know half the people who work there, and things were already getting crowded. RVs everywhere, the lot was jammed.

Then I stopped and got fuel at the Pilot in Oak Grove, which is right there by Eclipse Central in Hoptown, and things were abuzz and getting crowded. Signs on the front door of the Pilot where farmers and land owners around the area were renting viewing spots in the fields for $50 a pop. The cars and RVs were piling up. And it was like that through Nashville to Chattanooga.

The closest /easiest to get to the totality band from my delivery near Tampa was eastern South Carolina, near Charleston, right where the everybody who lives east of the Appalachians would be driving to, and after seeing what was already going on in KY and TN, I was a little worried.

I delivered at 08:30 Sunday morning, and immediately headed to South Carolina.

I picked Bowman, just southeast of Orangeburg, because it is in the middle of nowhere, half way between Columbia and Charleston, hoping that most of the traffic (and parking spots) would be in the two more populated areas. I lucked out and was right. The last 50 miles up I-95 to I-26 was bumper-to-bumper, but most of it broke off headed towards Charleston. I got to Bowman around 16:30.

The Pilot was crowded, but it was mostly people stopping in on the way to Columbia or Charleston, they weren't settling in just yet. That happened beginning early Monday morning and the place got packed by noon.

About 10 minutes before the start of the totality, dispatch called and harshed my eclipse buzz about a load picking up, I dunno, 100 miles away someplace, ready now, going to eastern Pennsylvania. Shyeah, right. Drive away from an impending total eclipse just so I can deal with post-eclipse I-95 traffic up through Raleigh, Richmond, D.C? Thanks, but no. I appreciate the thought and effort, though. Let's just not bid on that one.

3 hours after the eclipse I ran the 15 miles of so over to the Orangeburg Walmart (a Neighborhood Market, first one I've been in) to get a prescription filled, and traffic was still nuts on I-26,in both directions. It'll be interesting to see if someone can come to with a number of people who went into that totality band to see the eclipse. Not including the TV and live streaming, this one is easily the most viewed solar eclipse in human history. The in-person viewing numbers on those one may top 150 million.
Reactions: muttly

Staff member
Retired Expediter
Offline
Here's a shot from NASA of the eclipse beginning to happen.

At first glance you might think those are all sun spots.

But if you look closer, you'll see that one of them is the International Space Station doing a gangsta photo bomb.

Reactions: Hummer53, Ragman, schwanman and 3 others

Retired Expediter
Offline
Making my plans for next eclipse in 2024. Toledo will be in the path of totality. I will be there. Detroit will be 99 %. I don't care, i need to see 100%.
Reactions: Steady Eddie, Hummer53, Turtle and 2 others 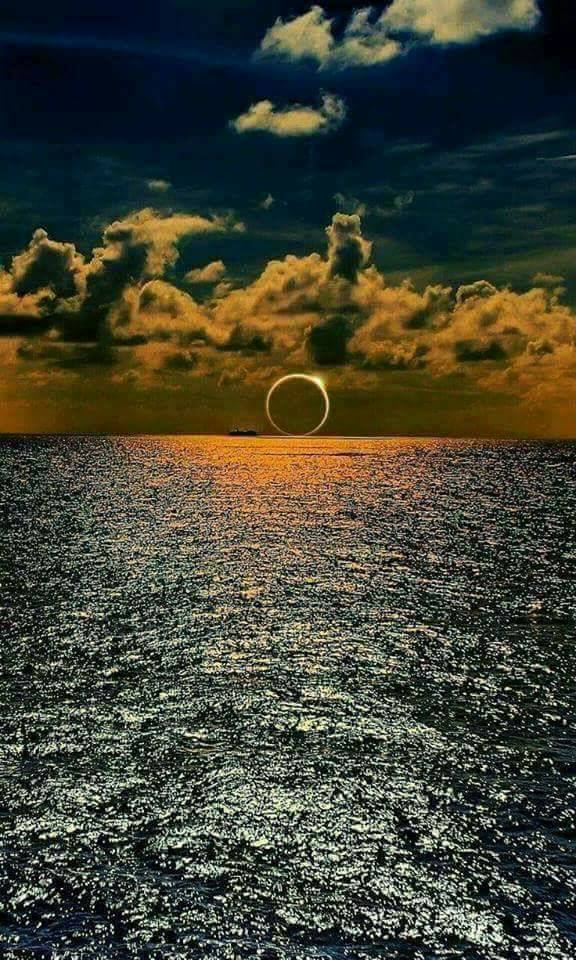 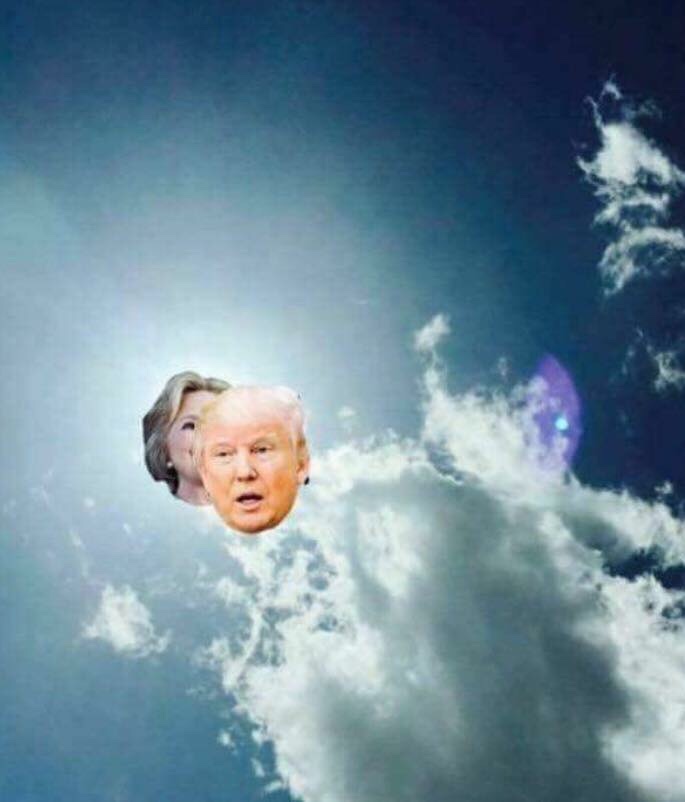 I guess it needs to be pointed out that, during a non-eclipse, people don't look at the sun for more then a second or two, because it hurts, it's too bright to look at. Looking at the sun for a second or two, which everyone has done, or even 5 seconds, isn't going to fry your eyeballs. 10 will probably cause some damage. 20 most definitely will cause damage.

But when you get to 90% or 95%, and especially 99% when there's just that little sliver before and after the totality, it's no longer too bright to look at, and thus doesn't hurt to look at. And because it doesn't hurt and force you to look away, you might look at it for 10, 20 or 30 seconds. Yeah, don't do that.

During the brief time of totality, all of the sun's damaging radiation is blocked by the moon, and you can look at the eclipse with the naked eye until that first sliver of sunlight reappears.

Turtle said:
The parking lot and surrounding area really filled up with people. Mostly from all up and down the coast. I stood next to a guy and his girlfriend from The Netherlands. This was his 9th eclipse. There was a family from Germany here.
Click to expand...

I was born in the Netherlands.
Reactions: Turtle