Would love to get opinions on this, I am thinking it's time for an overhaul. Take a look and let me know what you think:

Still need opinions. With the amount of blowby seen, is that a pretty good indication that she's toast?
B

Retired Expediter
Offline
I’m no expert. But I’m a good guesser.
How much oil does it use ?
What kind of mileage do you put on it ?
Has it lost power ?
An OH is pretty expensive in a 11 year old truck.
Is a C-7 even a sleeved engine ?
Unfortunately it looks like a nice truck.

It's using an absolute

ton of oil right now. Which just began happening. I put at least a quart a day in it.

It has good power. It only misses like this when it's cold and below 1,000rpms.

C7 is not sleeved unfortunately.

Yes, it is a very nice unit apart from this.

Retired Expediter
Offline
Watched more of the video.
My gut feeling is more like an injector issue with a slightly worn engine.
Hopefully minor repair and add a collector box on end of blow by tube to collect oil if not too excessive.

Staff member
Mechanic
Offline
These engines are not sleeved, and they have brittle rings that like to break and tear up the cylinder walls. A rebuild of this nature will probably be out-of-frame and will require sleeving of the block.

There's a dead one in my yard. I got a quote for $11k to rebuild it correctly.

Owner/Operator
Offline
This one looks dead?

Staff member
Mechanic
Offline
I think you should have a compression test done before spending money on parts.
A

Unless you're rollin' coal through the blow by tube, you should be good to go....

Owner/Operator
Offline
Update: One of my crew leads reported that the truck would not start while out on a local move.

Brought in to dealer and they diagnosed it. They're saying it is toast.

Retired Expediter
Offline
We went from at least a qt of oil per day to two qts per day, from good power to struggles to get up power.
Almost sounds like two different trucks.

You going to part it out or spend the money to have a nice truck with a rebuilt engine ?

Hard call. In a higher mileage operation I’d say rebuild. Probably Lean that way with your operation. For less than $20,000 you’ll have a nice truck that should last a very long time.

It did begin to get worse recently. But I believe I also may have mis stated due to a lack of knowing exactly how much oil was being lost. I also drove it and didn't feel that it was lacking power. I mean, I was able to hit 75 MPH on the way to the shop no problem. Blowing by other box trucks on I5.

My service advisor, Lale did state that he would dyno the truck, but the estimate does not indicate this. I also requested a compression test, but Lale pointed out that they had previously diag'd this truck and found #3 and #6 dead. That was in 2016!! It looks like they just looked at it and said this son of a gun is long overdue for an overhaul.

I have had a lot of work done here (Western Star Northwest) versus the HORRENDOUS EXPERIENCE at McCoy Freightliner.

I also got a second opinion from Peterson CAT here in Portland, who indicated that one of the cylinder walls is scored.

Another thing I have repeatedly heard is that this block doesn't have liners, but the shop says it does... So I'm confused there.

Another option I considered was buying a long block + HEUI pump on Ebay. Found a killer deal at Worldwide Diesel for a 330hp (!!!) C7 that has zero miles. Was military surplus engine. They want 13,500. The shop wants 8000 to put it in... (Custom fab mounts + de rate so I don't destroy my high mileage Allison 2100RDS automatic)

Another option on the table is to purchase a kit on the internet. It seems the parts cost on the estimate is greatly inflated.

A final option I considered was attempting to use this truck as down payment on a brand new unit. I've never owned new and it seems that no one takes good care of their trucks unless he's an O/O that cares... But with brand new I know it would be in good hands from the start....

BigStickJr --- I think a rebuild would be best, because as you stated I would have a truck that is good to go for a long time. I would like to know the difference between an overhaul and a rebuild. Including cost differences.

Thanks for taking your valuable time to read and help.
B

Retired Expediter
Offline
Seems like you got all you could from this engine.

McCoy Freightliner I believe is the dealer that started all of AJ’s problems in the Freightliner Nightmare Continues thread.

Could this engine be sleeved because it’s been overhauled once already?

I’d stay away from eBay parts and misfit stuff. Spend alittle more. You have other things to think about than why isn’t this truck right after I spent so much money on it.

I wouldn’t buy new because of your low mileage operation.
There’s probably an abundance of used chassis around, particularly if you don’t mind Navistar painted yellow.

Sometimes you can get a rebuilt engine which is where a cat sanctioned shop overhauls engines with cat parts to cat standards. Generally a good product with mostly new/rebuilt stuff so dealer basically swaps one engine for another.
Faster, maybe better warranty options,pricier, faster than a local overhaul.

Not sure how things are with Cats now that they’ve left the market.

The box can be switched to another Chassis in a day. You’d probably not get air ride.
A neighbor bout a similar truck from Ryder. The only advice I could give him was to get one off lease, where maybe it had one driver since new, versus a daily rental that had school teachers bouncing off curbs all weekend.
He’s had very good luck with his truck.

I’d lean towards the WS overhaul for many reasons.
One big downside would be how much loss time on truck and how would that affect your operation.
Last edited: Jun 23, 2018

Yeah after considering all options we are leaning that way. I called Lale today and asked him to work up a quote on a full rebuild.

When it is back I know there's a proper break-in procedure... I have vague memories of my father telling me to always run different RPM's when engine is new but I don't know if that's true. I want to break it in correctly for long life.

Also knowing the weaknesses of these C7 HEUI pumps, I.E. putting metal into the injection system... I wonder if they is a way to prevent this before it damages stuff.

I also will be setting aside some money for future maintenance. Something I didn't do with this truck for 3 years.

This truck ran 6 to 7 days a week for 3 years straight and brought in roughly $300,000 dollars per year and I set aside ZERO from it. Can't blame a truck for that stupidity. In fact, if I would set aside a percent of each job, then these "emergencies" wouldn't be emergencies at all.

Retired Expediter
Offline
You’re getting smarter as you get older .

Was told by Western Star Northwest engine was linered and they ordered the overhaul kit. I told them it isn't linered.

They got the head off and realized that it was not linered.

Called me this morning saying I have to replace the engine. 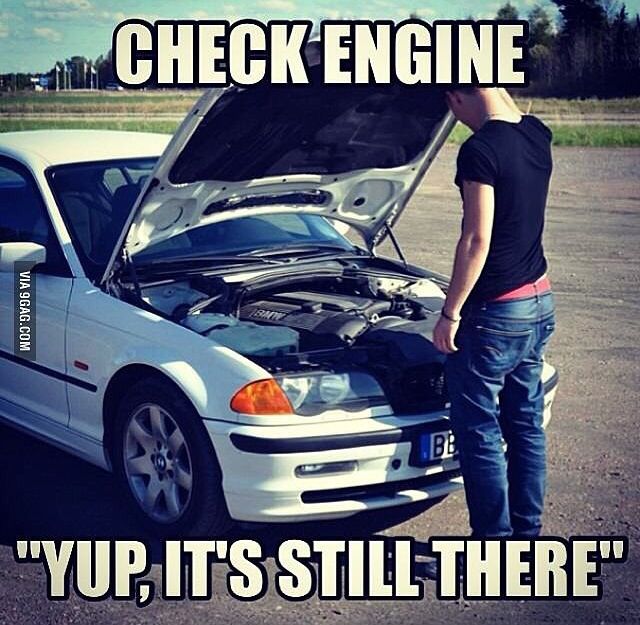